Las Vegas, NV –-(Ammoland.com)- With SHOT Show 2012 fast approaching, a contact of mine in the law enforcement world called the other day to ask what I’d heard about new products to be introduced by the Austrian manufacturer Glock.

I get questions like this because of my new book, GLOCK: The Rise of America’s Gun, which tells the fascinating story of the pistol maker’s rise to prominence.

The police weapons marketing guy who called me said he’d heard rumors that Glock would finally apply its pistol technology to a carbine.

The company would have an instant market for such a rifle, as one can easily imagine the thousands of police departments across the U.S. that already issue Glock handguns jumping to try a Glock carbine.

I hated to pour water on my caller’s excitement, but I’ve heard this rumor for years, and it’s never been true. All Glock has said is that it will introduce “new Gen4 Models” in Las Vegas later this month. ”

The Gen4 models are another step in [the company’s] commitment to producing the best firearm for law enforcement, military, and law-abiding citizens around the world,” Glock Inc. Vice President Gary Fletcher has said in a press release.

Indeed. Why would the successful pistol manufacturer repeat itself? And why has Glock not taken the seemingly obvious step forward of applying its knowledge and marketing muscle to a basic rifle–or, for that matter, to a .22 pistol that many American target shooters would happily purchase?

One possible answer is that with the advancing age of company founder Gaston Glock (now 82), and growing ambiguity about the future ownership and management of Glock GmbH, the company is hesitating to set out in new directions. In the Austrian press, Herr Glock’s adult children are openly questioning his recent divorce from their mother, Helga, and the founder’s remarriage to a much younger woman.

With this kind of distraction back home in Austria, it seems less mysterious why Glock is not charging ahead with truly new products in the United States, even if there would be a natural market for such innovations.

How and when the Glock family sorts out the leadership of their eponymous company will probably help determine whether and when the storied manufacturer brings new guns to the cops and consumers any time soon.

Meanwhile, I wouldn’t hold your breath about big announcements at this year’s SHOT Show.

Paul M. Barrett is an assistant managing editor at Bloomberg Businessweek. He is the author of American Islam: The Struggle for the Soul of a Religion and The Good Black: A True Story of Race in America, and GLOCK: The Rise of America’s Gun. Barrett lives and works in New York City. 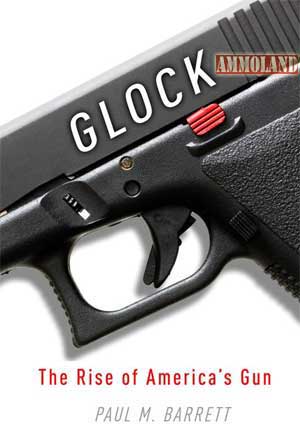