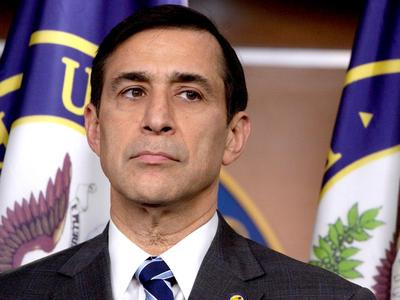 Washington DC – -(Ammoland.com)- Just received an email from Congressman Darrell Issa’s office, which indicates that the House Oversight Committee “demands“ that Assistant United States Attorney Michael Morrissey “speak with Committee investigators about his role in and knowledge of Operation Fast and Furious.”

As stated in the email:

[Morrissey’s] supervisor, Patrick Cunningham, has stated he will exercise his Fifth Amendment and refuse to answer any questions pertaining to Operation Fast and Furious – such an assertion is extremely rare and suggests possible criminal culpability on the part of a high ranking Justice Department official.  Morrissey, who reported directly to Cunningham’s and was intimately involved with Operation Fast and Furious.

In a letter to Attorney General Eric Holder, Issa wrote:

Since August, the Department has identified Patrick Cunningham as the best person in the U.S. Attorney’s Office to provide information about Fast and Furious to the Committee. The Department has refused to make Michael Morrissey and Emory Hurley, both Assistant United States Attorneys supervised by Mr. Cunningham, available to speak with the Committee, citing a policy of not making “line attorneys” available for congressional scrutiny.  Mr. Morrissey, however, was Mr. Hurley’s direct supervisor, and an integral part of Fast and Furious.  Importantly, both Morrissey and Hurley are unique in their possession of key factual knowledge about Fast and Furious not readily available from any other source.

For anyone not familiar with Hurley, he was a member of the three-person shuffle Holder tried to pull to get the dogs off the scent back in August 2011. That’s when Acting ATF Director Kenneth Melson was re-assigned, U.S. Attorney Dennis Burke retired, and Emory Hurley was moved from “the criminal division in the U.S. attorney’s office in Phoenix” to the civil division.

At the time, it appeared Holder thought these three fall guys would reduce the investigative momentum Issa had theretofore accumulated, but it didn’t work.

The bottom line, according to Issa’s latest letter: The investigation moves forward to the next attorney (Morrissey), but with the caveat that Cunningham is still on their radar screens, having acted guilty by refusing to testify. By the way, Issa also “reiterated that the Justice Department still has not complied with the subpoenas issued to date, including subpoenaed documents from Cunningham, Morrissey and Hurley.”

Is anyone really ever going to be prosecuted for this heinous operation?

If you have questions or comments, email him at [email protected] You can find him on Facebook at www.facebook.com/awr.hawkins.