Fairbanks, AK –-(Ammoland.com)- Kryptek Outdoor Groups Law Enforcement Armed Forces (L.E.A.F.) division headquartered in Fairbanks, Alaska has been selected to an elite group of finalists approved by the Secretary and the Chief of Staff of the Army to have its camouflage patterns further evaluated during 2012 — bringing the company an important step closer to its goal of becoming an official camouflage pattern provider for all branches of the U.S. military.

In the U.S. Army’s search for a family of camouflage patterns that will prove effective across myriad environments, the selection process required each participating company to submit a family of patterns (desert, woodland and transitional), along with a single coordinated pattern for the Organizational Clothing and Individual Equipment (OCIE). According to a news release from the Program Executive Office (PEO) Soldier, finalists “were chosen following a rigorous technical evaluation backed by solid scientific analysis and incorporating critical Soldier input from the field.”

The patterns provided by Kryptek and selected for further evaluation are the company’s high-tech Nomad, Highlander and Mandrake, each developed to provide users with extreme stealth in specific environments and challenging conditions.

Like all Kryptek camouflage patterns and gear, these were developed for tactical users and hardcore hunters based on the extensive battlefield and Special Ops experience of the company’s principals and pro staff. This background contributed to Kryptek’s formation of its Law Enforcement and Armed Forces (L.E.A.F.) division; created to serve the performance-based apparel needs of law enforcement, armed forces, first responders, homeland defense and other government agencies.

Now that it has reached this important selection milestone, these Kryptek patterns will be put to the test — literally — by the U.S. military. During its Fiscal Year 2012, the Army will put these patterns through continued rigorous computer analysis, evaluations and field trials over an estimated nine-month period.

“To have met the scrutiny of military testing and be selected in this final group of four is a significant achievement and an honor in itself,” said Kryptek CEO Butch Whiting, an 11-year veteran of the U.S. Army who served in Afghanistan and Iraq and received two Bronze Stars among other recognitions.

“We are extremely confident in the effectiveness of our patterns. They will continue to excel through the phase II field-testing. Kryptek camo will provide users with enhanced lethality, survivability and overall success. There is simply nothing else as effective as Kryptek out there, whether you are on the battlefield or in the backcountry,” added Whiting.

Kryptek is a technical hunting clothing line built on tactical Military apparel attributes. After years of combat in ultra extreme conditions and environments, we saw a need in the hunting apparel industry. It was lacking a technical clothing line that was functional, durable, reliable and didn’t break the bank. That’s why we formed Kryptek. www.kryptek.com 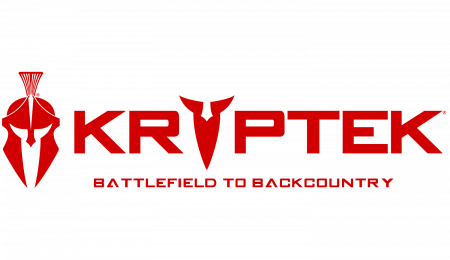 As a soldier, I really hope Kryptek gets the contract with the U.S. Army.