Las Vegas, NV –-(Ammoland.com)- SilencerCo is pleased to announce the launch of a groundbreaking new product at the 2012 Shot Show, the 5.56 SAKER.

The most advanced rifle suppressor on the market also has three incredible new features not seen in the industry today: the MAAD Mount; HOPLON Baffle; and TRIFECTA Flash Hider.

The product was introduced at the 2012 Shot Show in Las Vegas this week to an overwhelming response; it was announced today by Joshua Waldron, CEO of SilencerCo.

The 5.56 SAKER is another “gamechanger” product offered by SilencerCo. As the most advanced rifle suppressor on the market with features never before offered in the industry, the 5.56 SAKER has now set the bar for rifle suppressors. The SAKER has an interchangeable front cap feature for different purposes such as a flash hider. The baffles are made from an exotic material that has never before been used or seen in silencers and is approximately 60% stronger than Inconel.

The SAKER has several patent pending technologies that place this suppressor leagues above its competition. Made for durability, accuracy and function, the SAKER is Superior Silence.

The three incredible new features for the SAKER include:

SilencerCo was formed in 2008 by Joshua Waldron and Jonathon Shults. Waldron and Shults learned that the military released a solicitation stating it wanted all firearms deployed to be silenced. The most common Veterans Administration medical claim is hearing damage/loss due to gun fire. The second most common VA medical claim was PTSD. Tinnitus, which is a ringing in ones ears due to noise induced hearing damage, is a constant reminder of the event which caused the PTSD. If you can stop the ringing, you can more easily rehabilitate the soldier. Silencers protect the hearing of soldiers, which helps them get back into civilian life sooner or be a more effective soldier while deployed. Besides the benefits to soldiers, Waldron and Shults learned of the many benefits of civilian ownership of silencers. Based on 2011 operations, SilencerCo is now the largest silencer manufacturer in the country for civilians and they are continuing to make progress in acquiring military deals. SilencerCo has created 25 jobs and have done so in the hardest economic times our country has seen for a long time. 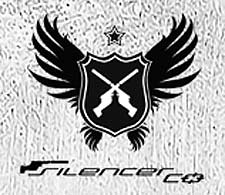