An insider’s look at the evolution of President Obama’s Fat & Furious Scandal. 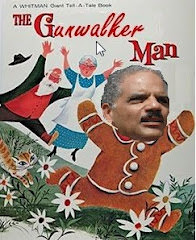 USA –-(Ammoland.com)- “Project Gunwalker”—that’s the name I came up with for ATF’s “Project Gunrunner” when revelations surfaced that instead of interdicting guns headed to Mexico’s crime cartels, the bureau, through its “Fast and Furious” investigation, was allowing them to escape surveillance and be delivered to some of the most vicious killers on the planet.

Mike Vanderboegh of the Sipsey Street Irregulars blog summarizes five key elements of the criminal allegations against ATF and the Department of Justice:

Vanderboegh and I had both been monitoring CleanUpATF.org for years. That’s a website run by “members of the ATF community to promote restoration of accountability…to ATF’s leadership…” Because of our public advocacy for oversight hearings into prior allegations of management corruption, we were contacted by whistleblowing insiders wanting to attract congressional and media attention, but fearful of management reprisals.

Thus began a labor of daily activity that included developing contacts, consulting with trusted advisors, communicating with our sources, trying to interest reporters, and no small amount of banging pots and pans on our websites to attract attention and pressure congressional staffers into arranging protection while they assessed the documentation our sources claimed would prove their allegations.

It has paid off with the attention of Senator Chuck Grassley and Rep. Darrell Issa, and hearings in the House Committee on Oversight and Government Reform, and the Senate and House Judiciary Committees, along with some degree of media attention, albeit most of the mainstream press still either ignores the story or exploits it to stump for more gun control and/or to attack the investigators. New disclosures seem to emerge every week, and we now know that other federal agencies and departments have also been involved, and that evidence of gunwalking operations has surfaced in states besides Arizona.

Considering this can fairly be characterized, without hyperbole, as an international criminal conspiracy, one that reflects callous, even monstrous disregard for human life in order to advance agendas and careers, such results will tell us much about the prospects for government officials being held accountable for their misdeeds.

For a complete timeline of Gun Rights Examiner/Sipsey Street Irregulars “Project Gunwalker” reporting, from Mike Vanderboegh’s breaking the story on Dec. 28, 2010 to the present, see “A Journalist’s Guide to ‘Project Gunwalker’,” now up to Volume Eight.

About David Codrea:
David Codrea is a long-time gun rights advocate who defiantly challenges the folly of citizen disarmament. He is a field editor for GUNS Magazine, and a blogger at The War on Guns: Notes from the Resistance. Read more at www.examiner.com/gun-rights-in-national/david-codrea