MISSOULA, Mont.--(Ammoland.com)- USDA’s and the Department of the Interior’s Fiscal Year 2013 budgets include a total of $7.5 million of funding for improving hunter access to existing public lands.

This new funding is the one of the top priorities for the Boone and Crockett Club and other hunting organizations.

The $7.5 million, once it is appropriated, allows the U.S. Forest Service and BLM to acquire rights of way and other land interests from willing-seller landowners to open access to existing federal lands for hunting and fishing where it is closed or significantly restricted.

“Sportsmen and women want the Forest Service and BLM to provide better access to our national forests and BLM lands for hunting and fishing. This new federal budget tackles this problem head on with this bill,” said Ben Wallace, President of the Boone and Crockett Club.

For the 32 million American hunters, anglers and recreational shooters, federal public lands are an increasingly vital to their participation in outdoor sports.

Nearly half of all hunters, for example, conduct a portion of their hunting activity on public lands. Reduced access is cited as a primary reason that hunters, anglers and target shooters stop participating in these traditional sports. A 2004 report to the U.S. House Committee On Appropriations concluded that more than 35 million acres of U.S. Bureau of Land Management and U.S. Forest Service land have inadequate access. Specifically, nearly 2 million acres (or 10 percent) of USFS lands in Montana and 8.4 million acres (or 29 percent) of BLM lands in the Montana/Dakotas region were identified as having inadequate access.

Sportsmen and women make important contributions to both wildlife conservation and the nation’s economy.

The hunting and shooting sports industries create over 160,000 full-time jobs nationwide, generating an economic benefit of over $20 billion annually.

About the Boone and Crockett Club 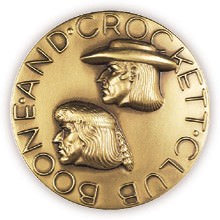