According to court records, the defendants, under the direction of ringleaders Castro and Davis, conspired to illegally purchase firearms from San Antonio area firearms dealers. Once retrieved from straw purchasers, Castro and Davis admittedly arranged to transport the firearms to a staging location in Eagle Pass where they were to be smuggled into Mexico to members of the Los Zetas Drug Trafficking Organization. Between May 2010 and August 2010, authorities intercepted five different shipments attributed to this trafficking cell and seized over 200 firearms, including handguns, AK–47 and AR–15–style assault rifles and one .50 caliber Barrett sniper rifle.

“People who make false statements in connection with the purchase of firearms need to know two things: first, it is likely that those firearms are being used by those who eventually receive them to commit violent crimes, often against innocent victims; and two, that their role in facilitating the acquisition of firearms by criminals – even if that role is being paid a couple of hundred dollars for buying a firearm and passing it off to a middle man – will net them a federal prison sentence of up to ten years,” stated United States Attorney Robert Pitman.

To date, nine of the defendants have been sentenced to federal prison terms–14 years (Davis), 10 years (Castillo), 87 months (Edwards), 72 months (Cardenas), 57 months (Linda Gonzalez), 42 months (Ricky Gonzales), 37 months (Hance), 21 months (Ortega), and 12 months (Veliz). Marino Castro is scheduled to be sentenced at 11:00am on May 21, 2012, in Del Rio before United States District Judge Alia Moses. Antonia Lopez died of cancer prior to sentencing. Sentencings for the remaining defendants are scheduled throughout February, March and April.

“This is an example on how Federal and State agencies working together can deny the criminal element the tools of their violent trade. Lives were saved by denying the criminals hundreds of firearms,” stated Special Agent in Charge Gary Orchowski, Bureau of Alcohol, Tobacco, Firearms and Explosives, Houston Division.

“One of HSI’s top priorities is the dismantling of organizations involved in the smuggling of firearms to Mexican drug cartels,” said Jerry Robinette, special agent in charge for HSI in San Antonio. “The collective expertise and authorities of our law enforcement partners during this investigation significantly contributed to preventing hundreds of rifles and handguns from reaching violent criminal organizations and prosecuting those who were responsible.”

About Department of Justice

This case was investigated by agents with the Department of Justice’s Bureau of Alcohol, Tobacco, Firearms and Explosives (ATF) and U.S. Immigration and Customs Enforcement Homeland Security Investigations (ICE–HSI) with assistance from the Bexar County Sheriff’s Office. Assistant United States Attorney Benjamin Seal is prosecuting this case on behalf of the government. 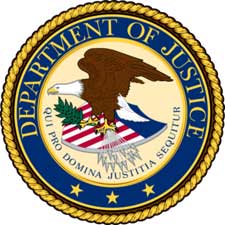