Washington, DC –(Ammoland.com)- “Whether it comes from the White House, the United Nations or the local council, the political assault on firearms ownership by law-abiding citizens is bigotry against gun owners,” John M. Snyder charged here today.

“Facts surrounding the Fast and Furious scandal reveal it as an example of this bigotry,” said Snyder.

The White House ultimately bears responsibility for it. Under an ATF program, thousands of guns were sold illegally to straw purchasers, reportedly with the connivance of Justice Department officials. Many of the guns were transferred to drug cartels in Mexico. Criminals used them in heinous crimes in Mexico and the United States, including in the murder of US government agents.

The White House and its Justice Department along with allies in Congress and the media will not admit this nefarious activity shows the federal government is unworthy of trust. Rather, they persist with their bigoted claim that law-abiding American citizens should be saddled with more and more restrictive gun laws.

Snyder said that, “Here in Washington, D.C., the local government refuses to abide by the spirit of the Supreme Court’s landmark 2008 District of Columbia v. Heller decision. This threw out the city’s ban on handgun possession. Second Amendment hero Dick Heller won the case declaring the right to keep and bear arms an individual right. But in the spirit of anti-gun bigotry the District constructs legal roadblocks in the paths of law-abiding citizens who want to acquire and carry handguns for self-defense.”

Snyder noted also that, “At the United Nations, bigoted anti-gun one world worshippers work to circumvent the Second Amendment to the United States Constitution by inaugurating international gun control. The one-world types have been trying to stop arms trafficking and the use of arms for self-defense at least since 1919 and the League of Nations covenant. Now they’re promoting an Arms Trade Treaty. It could have serious negative implications for the rights of law-abiding American gun owners.

“Even some ecclesiastical officials have glommed on to the bigoted UN gun control bandwagon, turning their backs on the traditional defense of the legitimacy, even the necessity in some circumstances of self-defense. There is a tendency on the part of some clergymen to fall into ‘one world’ thinking. They should be reminded that Our Lord did not command his followers to baptize the world but the nations, plural.”

Snyder said that, “Clergymen at all levels would be well-advised to avoid unrealistic thinking and in particular pay more attention to the validity and necessity of the use of force in certain circumstances. The St. Gabriel Possenti Society, Inc. stresses this.”

The Society recently honored U.S. Sen. Mike Johanns (R-NE) for his commitment to the right to the means necessary to defend life. The Society named Sen. Johanns, a practicing Catholic, Man of the Year.

A former governor of the Cornhusker State and a former U.S. Secretary of Agriculture, Johanns was elected to the U.S. Senate from Nebraska in 2008. He serves on five Senate committees: Agriculture, Nutrition and Forestry; Banking, Housing and Urban Affairs; Environment and Public Works; Indian Affairs; and Veterans’ Affairs.

Snyder said, “Sen. Johanns exemplifies the principles held in such high regard by the St. Gabriel Possenti Society. The Society emphasizes the historical, philosophical and theological bases for the right of self-defense. The Senator’s public record evidences consistent support for this life-preserving right.”

The Society’s patron, St. Gabriel Possenti, a seminarian, rescued villagers of Isola del Gran Sasso, Italy in 1860 from renegade marauders. By shooting a lizard running across the road, he demonstrated his handgun marksmanship to the terrorists and marched them out of town. He did this without causing physical harm to a single human being.

A detailed account of the lizard incident comprises a chapter on “The Savior of Isola” in “Son of the Passion,” a biography of St. Gabriel Possenti by Possenti’s fellow Passionist, the late Rev. Godfrey Poage, C.P., published in 1962 in Milwaukee by Bruce Publishing Company. It is one of eight chapters in the volume. Snyder recounts it in his book, “Gun Saint,” published in 2003 in Arlington, Virginia by Telum Associates, LL.C.

Fr. Poage later stood by his account of the lizard incident’s historicity. He said that challenges to it came from people “who didn’t have the evidence. They didn’t see it.” Fr. Poage said this to Mark Pattison of the Catholic News Service on February 10, 1992. The CNS report appeared in The Catholic Sun of Phoenix, Arizona on February 20, 1992. Pattison reported that, “Fr. Poage said the episode was witnessed by a ‘lay helper’ at the monastery. The documentation was uncovered during his research in Italy in 1947-48.”

Fr. Poage’s biography of St. Gabriel Possenti carried the nihil obstat of Frederick Sucher, C.P., S.T.D., Censor for the Congregation of the Passion, the imprimi potest of Walter Kaelin, C.P, Provincial of the Holy Cross Province (of the Passionists), dated February 27, 1962, the nihil obstat of John F. Murphy, S.T.D., Censor Librorum, and the imprimatur of Most Reverend William E. Cousins, Archbishop of Milwaukee, dated April 13, 1962.

Fr. Poage explained in the introduction that, “nothing was said that had not been quoted by eyewitnesses, at least in the third person.”

“The Poage account of the lizard incident remained non-controversial for over a quarter of a century,” Snyder noted. “It was not until I began promoting St. Gabriel Possenti as a Patron of Handgunners in the late 1980s that Fr. Poage was challenged. Since then, the servants of gun owner-hating bigotry have been crawling out from under the rocks in a belated attempt to attack his account of the lizard incident. It seems they are more concerned with being politically correct than historically accurate.”

Fr. Poage, who had been a peritus at the Second Vatican Council, died June 25, 2001. The Passionist Family Circle Newsletter, in its Fall/Winter 2001 issue, stated that he was “a man of extraordinary talents and great kindness” and “a trusted servant of God.”

Named the Gun Dean by Human Events, “the senior rights activist in Washington” by Shotgun News, a “champion of the right to self-defense” by The Washington Times, and “dean of gun lobbyists” by The Washington Post and The New York Times, John M. Snyder has spent 45 years as a proponent of the individual Second Amendment civil right to keep and bear arms as a National Rifle Association editor, public affairs director of the Citizens Committee for the Right to Keep and Bear Arms, treasurer of the Second Amendment Foundation, and founder of www.GunRightsPolicies.org.

A former Jesuit seminarian, Snyder is founder/manager of Telum Associates, LL.C., founder/chairman of the St. Gabriel Possenti Society, Inc., a director of Council for America, and serves on the boards of the National Association of Chiefs of Police and the American Federation of Police & Concerned Citizens. He is also the author of the book Gun Saint. Visit: www.GunRightsPolicies.org 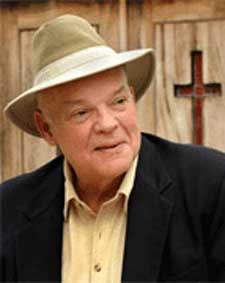