Gilbert, AZ –-(Ammoland.com)- Congratulations! With the help of the many knife enthusiasts who emailed and called Georgia Senators, the Georgia Senate passed SB432 by a vote of 41-12.

SB432 is Knife Rights’ Knife Law Preemption bill that would repeal all local knife ordinances more restrictive than state law. Now it moves to the House for consideration.

Knife Rights Chairman Doug Ritter said, “We are very excited and pleased by the outpouring of emails and calls from knife enthusiasts around the country who let Georgia Senators know that this bill was important to them. Thanks for your help!”

Ritter also gave credit to SB432 Sponsor, Senator Bill Heath, “We are very grateful for Senator Heath’s diligent efforts in getting this bill through the Senate under extreme time constraints. We are grateful to have such a good friend of Knife Rights in the Georgia legislature who appreciates and respects the rights of all knife owners.”

Knife Rights will now focus on the House and will update the media and members shortly.

As home to BLADE Show, successful passage of SB432 would not only ensure Georgia residents carrying a knife are treated fairly wherever they travel in Georgia but all those traveling to Blade through towns and cities with knife laws more restrictive than Georgia’s otherwise decent knife laws, would be safe from violation. As an example, the Atlanta city ordinance makes it illegal to carry any automatic or any knife with a blade longer than three inches “readily available for use.”

Knife Law Preemption protects honest citizens from a patchwork of local ordinances and rules that can entrap those traveling within or through a state in possession of knives that meet state law or wherever they live in the state. A person can be charged with a violation of the law when they have no intention of violating the law.

BLADE Show, held annually in Atlanta, Georgia, is the world’s largest knife show and pumps millions of dollars into the local and state economy. SB432 will protect the thousands of exhibitors and visitors who travel to and from BLADE Show to buy, sell or simply enjoy the thousands of knives on display and the many knife-related events associated with BLADE Show. 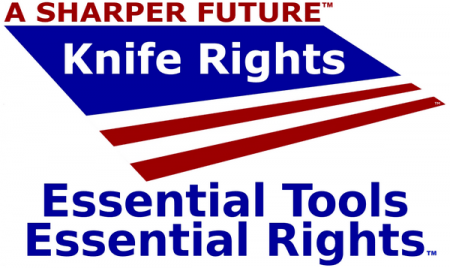