Hawaii ––(Ammoland.com)- One of the most common arguments against the issuance of concealed carry permits in Hawaii is the low rate of violent crime on the islands.

While it is certainly true that we enjoy a fairly low rate of violent crime, we are far from living in a zero-crime utopia.

One need only look at a sexual predator tracking website such as Family Watchdog to see that registered sex offenders in our neighborhoods are much less scarce than anyone would like, and one sociopath is all that is required to cause serious physical injuries and life-long emotional pain.

Although our judiciary system and law enforcement officers work hard to keep our loved ones safe, the system does break down from time to time. One such breakdown occurred yesterday, when a 43-year-old Waianae man, Thomas Kamaka, Jr, was sentenced to five years of probation in a plea deal for four counts of second-degree sexual assault against a 14-year-old girl. Kamaka also beat up the girl’s brother when he tried to save his sister, according to investigators. (Full story available at Hawaii News Now)

That a man who sexually assaulted a 14-year-old girl, and beat up a family member who tried to help, would be sentenced to nothing but probation is quite disturbing in its own right. I don’t pretend to know every detail of the case, such as whether or not the victim was willing to testify, or what evidence the prosecutor’s office did or didn’t have, but it is enough to know that a terrible crime was committed against a young girl and the offender walked away with no jail time.

What can we take away from this case? First, horrible things can and do happen, even here in Hawaii. Second, sometimes family members or friends find themselves in a position to stop a crime against someone very dear to them. Third, the state of Hawaii virtually ensures that those same family members will not be equipped to deal with the situation by prohibiting even competent, qualified adults from carrying any sort of defensive tools such as a Taser or handgun. Ask yourself: If you found yourself in the brother’s shoes, would you be able to successfully stop the attack bare-handed? Would you be willing to bet your loved one’s life or physical and mental well-being on that?

I, for one, would not, and that’s why it is so urgent that we reform Hawaii’s policy of disarming potential victims.

Until Hawaii’s laws are reformed, I encourage each of you to take steps to ensure that something like this does not happen to you. Be aware of your surroundings, and get to know your neighbors. Be on the lookout for things and people that do not belong in a given situation, and when you see something suspicious, call the police. Take a self-defense class that will teach you to protect yourself when you’re away from home, and take a firearms safety class and acquire a quality defensive firearm for use in the home. The only thing I can imagine that would be worse than having a criminal attack one of my loved ones is being unable to prevent or stop that attack. 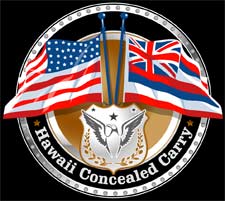