Illinois –-(Ammoland.com)- BOTTOM LINE UP FRONT: U.S. Attorney General Eric Holder and the Illinois State Police are teaming up to pass legislation to destroy your right to privacy and your gun rights in exchange for federal grant money.

HOW THEY PLAN TO DO IT: Representative Cynthia Soto – an ardent Chicago Gun Grabber – recently used parliamentary procedure to hijack an anti-drug bill (SB1034) and turn it into one of the most dangerous anti-gun bills ever put before the Illinois General Assembly.

It has been determined that Rep. Soto is just a minor player in this effort and that ERIC HOLDER and the U.S. Department of Justice (DOJ) are behind this assault on your rights. The DOJ has promised the Illinois State Police that they will get millions of dollars in federal grants if this legislation is passed. Holder feels that, if he waves a few dollars under the noses of the Illinois State Police, then they’ll sell legal gun owners down the river.

OUR MESSAGE TO ERIC HOLDER AND THE ILLINOIS STATE POLICE: “Sorry folks. . . our freedom isn’t for sale!”

WHAT PASSAGE OF SB1034 WOULD MEAN:

WHAT YOU NEED TO DO TO SAVE YOUR GUN RIGHTS:

REMEMBER – GUN CONTROL IS A DISEASE AND YOU’RE THE CURE!

The ISRA is the state’s leading advocate of safe, lawful and responsible firearms ownership. Since 1903, the ISRA has represented the interests of over 1.5 million law-abiding Illinois firearm owners Visit: www.isra.org 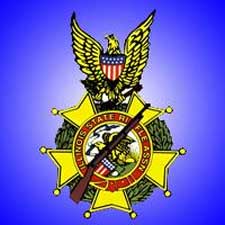