He suffered a heart attack a week earlier and was 69 years old.

A memorial service was held on April 30th at the First Presbyterian Church in Fresno. He is survived by Linda, his loving wife of 32 years, his daughter Tami, and his stepson Steve Airman. He is also survived by his loving dogs Boomer and Gunner.

Ed Hunt was well known among Second Amendment activists for supporting the right to keep and bear arms, and for being the lead plaintiff in an unprecedented prosecutor vs. prosecutor lawsuit, Hunt v. Lockyer, that got the attention of California police, prosecutors, the legislature, the criminal courts, and DOJ regulators.

When the 1999 features-based “assault weapon” ban (SB 23) passed, there was a great deal of concern and confusion within the law enforcement community and among prosecutors. Many, including even the San Francisco District Attorney’s office, spoke out concerning the confusion SB 23 created. Most of those police and prosecutors, however, were unwilling to actually challenge the law in court. Two California elected District Attorneys, however, Ed Hunt of Fresno County and Norm Vroman of Mendocino County, became named plaintiffs in a lawsuit challenging SB 23. The lawsuit was financed primarily by the National Rifle Association, with contributions from the California Rifle & Pistol Association (CRPA) Foundation. The District Attorney plaintiffs, along with the CRPA, Law Enforcement Alliance of America, former Oakdale Chief of Police David D. Sundy, Herb Bauer Sporting Goods, Barry Bauer, and others, filed the lawsuit on September 18, 2001. The Hunt lawsuit alleged, among other things, that certain terms used in SB 23 and subsequent regulations were unconstitutionally vague and ambiguous to the extent that prosecutors, law enforcement, and citizens could not ascertain their meaning and conform their conduct to comply with the law.

As part of his efforts to take a stand against this vague law, District Attorney Hunt sent a letter to prosecutors in the state explaining how unjust the law was. Many prosecutors took his words to heart and relaxed their prosecutions under the ill-advised law.

The Hunt v. Lockyer lawsuit served several valuable purposes over the years. The fact that some District Attorneys and police were willing to take these positions in court gave credibility to the NRA and CRPA’s position of opposing additional firearm restrictions, commenting on administrative regulations on related topics, and defending against criminal prosecutions. The legislature even enacted some corrective legislation to remedy problems raised in the lawsuit. The lawsuit also contributed to the success of other effects to narrow the scope of SB 23’s application and to limit the number and types of firearms considered to be “assault weapons” under the law.

When the Heller decision was rendered by the Supreme Court in 2008, it created a new tool to use to challenge SB 23 (and other ill-conceived laws). The Hunt lawsuit was settled, so that a separate NRA/CRPAF Second Amendment challenge to SB 23 could be prepared. That suit is still pending as Second Amendment jurisprudence develops around the country, and through NRA and CRPA lawsuits in California.

“Ed Hunt was an inspiration to prosecutors across California because he was not afraid to call out the legislature over the stupidity of California’s gun laws,” said civil rights attorney Chuck Michel, who represented Hunt and the other plaintiffs in the lawsuit. “His courage was part of the reason other District Attorneys were willing to sign onto pro-Second Amendment amicus briefs in the critical Second Amendment Supreme Court cases in 2008 and 2010.”

Edward Woodrow Hunt was born June 27, 1942, in Huntsville, AL. His parents were working-class citizens. His father had been in World War II and worked construction jobs, his mother was a homemaker. Hunt served in the Air Force from 1961 to 1964 and later in the Air Force reserves.

Hunt was an instrument-rated pilot. Hunt graduated from California State University, Fresno, with a degree in business administration and from the San Joaquin College of Law. He later worked in the Fresno County DA’s Office twice – from January 1975 to January 1979 and again from December 1979 to August 1980 – before putting his hat in the ring for the top job.

When Fresno’s crime rate was at an all-time high, Hunt fought to protect residents by ramping up efforts against drugs and gangs. Hunt also played a role in passing the Three Strikes law.

During his tenure, Hunt put 13 people on death row. But last January, Hunt said his stance on the death penalty has softened with concerns an innocent person could be killed. “Sometimes I wonder what is society looking for – vengeance or justice,” he said. Hunt felt the prosecutor’s job was to do justice, not seek vengeance.

When Mr. Hunt retired, he said: “I can tell you that a ride as the District Attorney of this county has been one hell of a ride. I’ve enjoyed it, most of the time.” But then he added: “Sometimes I would rather be fishing.”

No doubt the big fish are biting in heaven for our blessed friend Ed Hunt.

Seventeen years ago the NRA and CRPA joined forces to fight local gun bans being written and pushed in California by the gun ban lobby. Their coordinated efforts became the NRA/CRPA “Local Ordinance Project” (LOP) – a statewide campaign to fight ill-conceived local efforts at gun control and educate politicians about available programs that are effective in reducing accidents and violence without infringing on the rights of law-abiding gun owners. The NRA/CRPA LOP has had tremendous success in beating back most of these anti-self-defense proposals.

In addition to fighting local gun bans, for decades the NRA has been litigating dozens of cases in California courts to promote the right to self-defense and the Second Amendment. In the post-Heller and McDonald legal environment, NRA and CRPA Foundation have formed the NRA/CRPA Foundation Legal Action Project (LAP), a joint venture to pro-actively strike down ill-conceived gun control laws and ordinances and advance the rights of firearms owners, specifically in California. Sometimes, success is more likely when LAP’s litigation efforts are kept low profile, so the details of every lawsuit are not always released. To see a partial list of the LAP’s recent accomplishments, or to contribute to the NRA or to the NRA/CRPAF LAP and support this and similar Second Amendment cases, visit www.nraila.com and www.crpafoundation.org. 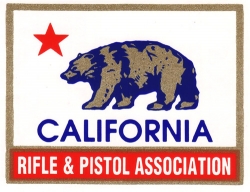 What a great story about a Real American Hero ™

…especially after reading about that corrupt nightmarish disaster in Mississippi, Forrest Allgood who claims NRA membership.

"The lawsuit was financed primarily by the National Rifle Association, with contributions from the California Rifle & Pistol Association (CRPA) Foundation."

Too bad NRA didn't support the MSU student who decided to represent himself vs Allgood and a shopped jury.