Nevertheless, the passage of this amendment makes all the difference for Minnesota-based JP Enterprises, which began the groundwork of H.F. 1816 in the fall of 2011 with the direct help of Representative Peggy Scott, whose bill was merged with that of Representative Mike Benson before being voted on in the Minnesota House of Representatives.

In recent years, JP Enterprises has devoted a great deal of attention and resources to their military and law enforcement division and has seen tremendous growth in that area of the company.

Despite this, JP was hitting a glass ceiling in the industry because many agencies and law enforcement contracts require fully engineered rifle systems. Without the ability to fine-tune designs for rifles and components to account for the particular gas profiles of suppressor devices, JP was restricted from many opportunities in the duty rifle market. This impediment finally prompted political action in order to avoid having to transplant JP’s operation to nearby Wisconsin or South Dakota where suppressor laws are more lenient.

“It’s beneficial to everyone in the industry and our state when government listens and understands the needs of the business community and orchestrates a workable solution,” said JP general manager Mel Koenig, who testified on the bill’s behalf before both the Public Safety Committees in both the Minnesota House and Senate.

With the passage of the H.F. 1816, JP has made good on its promise during the bill’s committee hearings by purchasing a new industrial building that doubles the company’s physical size with new staff hiring already underway to grow the JP workforce. The company’s owners have expressed their extreme gratitude to Representative Scott, a Republican, and to Governor Dayton, a Democrat, for their bipartisan civic responsiveness on behalf of a local business and invited both officials to an appreciative day at the range in thanks.

For more information on JP Enterprises, visit their website at www.jprifles.com. 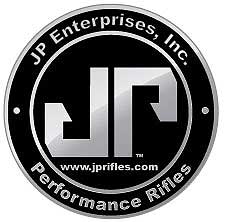 Wow! Hard to believe they actually passed legislation to allow this rather than forcing JP to move. You go JP! You make fine products and hopefully the hoplophobes will understand one day that suppressors have other uses than what they see in scarywood, I mean hoollywood.hehehe