Team ITI Captain Wright closed out his 2013 competitive season with a win at teh 2013 Gravitas Tatical Maryland State USPSA Championship.

“This year’s 2013 Gravitas Tactical Maryland State Championship was fast and furious. The stages had targets placed mostly inside 10 meters and a lot of them!! Points still mattered but you could afford to take a few points on each stage. I really enjoyed my time there,” remarked Wright

He continued, “This year ITI was able to show their support by sponsoring portions of the match. Thank you to Chris Viverette, Sanners Lake Sportsman Club and staff for their hard work in making this match happen. I look forward to attending next year.” 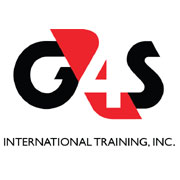 International Training Incorporated (ITI) is a subsidiary of G4S Government Solutions. Founded in 1989; ITI is committed to providing benchmark security training programs emphasizing professionalism, quality, customer service and a fair price. ITI conducts both mobile and fixed site training in security assistance and security service programs for the U.S. Government, U.S. military, corporate America, and now private citizens. For more information on ITI or any of their courses, log on to www.g4siti.com.

Brandon Wright served four years as a Law Enforcement Officer and four years as a State Trooper in the Virginia State Police. In addition, Wright was a member of the local police department S.W.A.T. Team. Wright has over nine years of experience as a Firearms Instructor, which he puts into practice at G4S ITI as their Senior Firearms Instructor. He is a Distinguished Master in IDPA and an IDPA National Champion. Wright also holds a Grand Master classification in USPSA Production.