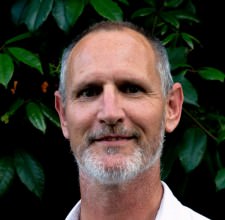 Southern California –-(Ammoland.com) In California we have to embrace political corruption.

TV and newspapers have stopped condemning government waste and fraud.   The press wants to sell happy stories and the legislature knows it.

This is an election year so legislators are eager to see their name in print.  The legislature will pass any bill the press will promote.  Unfortunately the press will promote almost any gun control measure after the last narcissistic psycho-killer beat, stabbed, shot and ran over some white college students in Santa Barbara.  The latest crazy proposals from the California legislature are an array of gun violence restraining orders.  This legislation gets the politicians the campaign donations he wants.  It works for the media since anti-gun bigotry is such an easy sell in California.

Here is the upside.  We can use these corrupt laws to our advantage.  We finally have legislation that keeps the crazies out of public office!

New legislation allows a police officer to call a judge and collect all your firearms and ammunition.  They say they need reasonable cause.  In fact, all they need is an accusation from an immediate family member, from anyone in California law enforcement, or from any licensed mental health professional.

Now we can embrace this corruption.  This new anti-gun bill not only confiscates weapons and ammunition from innocent firearms owners, it can bar them from entering sensitive government offices.  There it is!  Now we have the legislation we need.

We finally have legislation that keeps the crazies out of public office!

You don’t think California legislators are crazy?  Some of them tried to sell rocket launchers to terrorists.  Those legislators kept their seat in the California Senate!   This new bill can prevent that kind of crazy.   The bill applies to anyone who even visits California.. like our Representatives and Senators that visit a few days a year for fundraising events.   Heaven knows we have enough evidence in the public record to convince any open minded judge there is reasonable cause these legislators present a danger to the public and to themselves.  The public record is filled with years of their insane lies.   This could be model legislation for all 50 states and territories.  All it takes is one honest judge in California.

On second thought, finding one honest judge might not be as easy as it sounds.
~_~_

About Rob Morse: By day, Rob Morse works as a mild mannered engineer for a Southern California defense contractor. By night he writes about gun rights at Ammoland, at Gun Rights Magazine, Clash Daily and on his SlowFacts blog.   He is an NRA pistol instructor and combat handgun competitor.

Although written with just a tinge of sarcasm, this article is spot on in the idea of using their own arguments against them. For instance, the biggest “win” for libs out of the Heller case was the idea that no “right” is absolute. Apply that idea in the courts, in the same words that they have used it to limit the 2A, directly to other rights to justify such things as voter ID and 4th Amendment protections for criminal immigrants (i.e. not an infringement, just a harmless limit…) .

I love this idea. Unfortunately, while many politicians seem like fools to the common man, they are often devious geniuses. Most legislation is rules for thee, not for me. All to often the politicians build exemptions for themselves into the laws. Even when they don’t, the judicial system seems allow the “elites” a level of forgiveness that the average citizen could only dream. Hopefully things go “right” in November ’14 and ’16 so the rule of Constitutional law might be restored to our great nation.

askeptic, you say that as if it is a bad thing. I could live with that.

If we were to keep the crazies out of government buildings, the legislature/supervisors/councils would never attain a quorum.
Oh, Happy Days!