Southern California –-(Ammoland.com)  Sheriff Bill Gore said he will protect the citizens of San Diego county.  and we have no need to protect ourselves.

The sheriff missed the thousands of crime victims last month.  Most victims were unarmed and defenseless.   Here are a few examples from a very long list;

Those are a few of the rapes, assaults and murders in San Diego County last month.  These victims were denied the right of self-defense by Sheriff Gore.  He says he can’t issue concealed carry permits to ordinary citizens, but many other California Sheriffs do exactly that.

A three judge panel of the Ninth Circuit Court of Appeals went so far as to call Sheriff Gore’s disarmament policy unconstitutional!   Until the full court rules, the citizens of San Diego will remain disarmed.  Every day another 150 San Diego residents become victims of violent crime.  This will continue until Sheriff Gore recognizes their right of self-defense.

About Rob Morse: By day, Rob Morse works as a mild mannered engineer for a Southern California defense contractor. By night he writes about gun rights at Ammoland, at Gun Rights Magazine, Clash Daily and on his SlowFacts blog.   He is an NRA pistol instructor and combat handgun competitor.

What do you expect from the commanding officer at Ruby Ridge. He gave the order to murder an unarmed woman holding a child. This may explain a lot about the thinking in a state that allows a murder to hold public office

I will not be a victim just because that Sheriff can’t do his job! For I don’t believe in fairy tales when the police or Sheriff will come to rescue you when your home is being robbed.

Can the citizens of SD have a recall petition and recall vote?

Actually, it was SDPD Chief Lansdowne who retired. Ruby Ridge Gore ran unopposed. I left the selection for sheriff blank.

The Sheeples just re-elected the Sheriff, so they are happy with their pig stye county. Let them enjoy their own poop. “Mikey likes it!”

Just update: Gore has retired. However, there is a woman now in charge….maybe things may change?

I live in SD and have applied like all the hundreds of others here in SD when the announcement was made that we could. This clown is doing nothing. All our applications for CCW are sitting in a box according to a person I know there and everyone has been sent a letter of denial in the mean time! and he was re-elected, no one apposed him. The poor girls in Hillcrest are being raped and fondled as I write this to you and no leads!!! The stories you read here all true. Hell, we even have a problem with… Read more »

Were I the old guy who was attacked I would put a .40 S&W right between Gore’s mustache and eyebrows.

Apparently he thinks he is superman. But he seems to have missed where the Supreme courts have ruled the police (that includes the sheriff’s out there) have NO DUTY TO PROTECT! That is OUR duty and OUR RIGHT.

Personally I would organize a very, very large rally of ARMED citizens and exercise OUR RIGHTS without asking for permission. Sorry but I do not believe that a person that can legally purchase a firearm has to ASK PERMISSION TO CARRY IT. 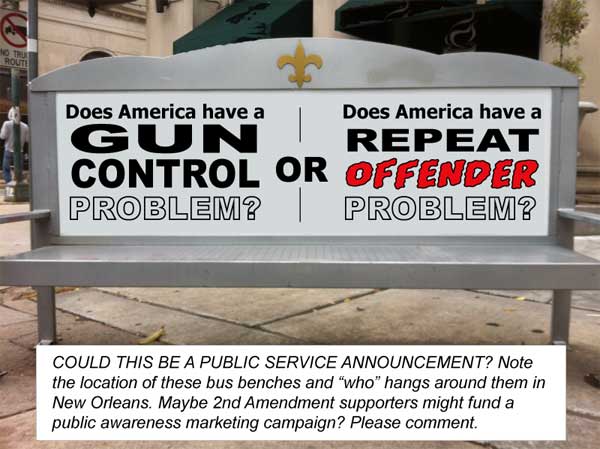 Never forget the 2A is not about owning guns…it is about your individual right to self-defense. Arms are the tools you are allowed to use to protect yourself.

When you run up against people who don’t want you to have “those tools” ask them why don’t they want you to be able to defend yourself?

JUST ANOTHER CALIFORNIA PROGRESSIVE NUT JOB LIVING IN LALA LAND! HEY SHERIFF WHERE WERE YOU AND YOUR GANG HIDING WITH ALL THESE ASSAULTS AND MURDERS WERE HAPPENING! A BULLET IS MUCH FASTER THAN A 911 CALL TO YOU!

I have just one word for the citizens there….RECALL!!!!

I say take away this idiots guns and make him walk the bad parts of town (there are plenty in San Diego these days) at night and see how well he fares when the Beaner illegals come out of the woodwork and beat the crap out of him.

Looks like yet another “liberal progressive” trying hard to be a dictator. Kind of sounds like the POS we have sitting in OUR White House. Time for a recall, people. Welcome to Mexifornia, The sanctuary state!

Two SCOTUS decisions prohibit crime victims from suing law enforcement. Secondly, he was elected and will probably be delected because their are more Sheep than Sheeodogs.

This is the result of majority rule. Our government is limited by the constitution, not free to create law by the consent of the majority. You would let the rights of the minority be determined by others?
Two wolves and a sheep voting on what’s for dinner.
Our rights cannot be voted away or eliminated/regulated by policy.

One has to wonder if Sheriff Gore is related to Al?

You know people in California do most this crap to themselves electing trash like this. Why don’t they run this useless son of a bitch out of town ? Your personal safety belongs to you not this parasite !

If he will not issue permits to ordinary citizens then who will he issue them to?
Criminals? Justin Bieber types? His Political friends? This Sheriff is elected by the people and needs to be recalled by the people.

YOU are an idiot to OBEY this moron….YOU are responsible for your own safety and that of your loved ones ….not some political hack…elected or not….imho

I have to wonder at the date this news item was written, as I find other information dating to February of this year, that the Sheriff wasn’t going to appeal the three Judge Ruling. Has the Sheriff changed his mind?

No he did not change his mind. The Chief Justice of the 9th Ckt Court played fast and loose with the courts rules and got a vote by the full court for an 11 panel judge to re-hear the case. The 3 judge panels ruling was “set aside” by the court. Chief Justice Thomas was the dissenting “NO” vote on the original 3 judge panel. Essentially he was able to ge the full court to over-rule the other two judges and side with him to get a re-hearing. Right now they are deciding if the state of CA will be… Read more »

Well I hope sheriff Gore has a good income or a lot of assets he can liquidate because if I lived there and was denied a permit but became a victim of a crime I’d be suing him real quick. Also why is he still in a position of power when he is refusing people their rights?
This is ricdiculous!

did you guys elect this idiot?