Biloxi, Mississippi — (AmmoLand.com) – After the Charlie Hebdo terrorist attacks in Paris, a training company in Texas staged a re-enactment using force on force trainers. Not surprisingly, the mainstream media used this as a way to promote the “guns don’t help” agenda. We interview, Sonny Puzikas, a veteran trainer and aggressor in those scenarios and find out what really happened. The results are not what the bias news reporters would have you believe.

We have an in depth discussion about what justifies deadly force and the history of less-than-lethal alternatives. Professor Paul pokes some rather large holes in the assertion that “The Alternative” could have changed the outcome of the Michael Brown felonious attack on a police officer. 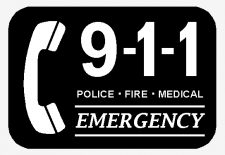 We have two stories of 911 operators handling calls that demonstrate the polar opposites of emergency dispatch; one a dedicated public servant and the other a “civil servant”. You be the judge of which title fits.

Our Slave State news report illuminates the success of strict gun control as disarmed peasants are randomly slashed by a maniac. Also, Nanny Bloomberg has put himself back in the news. You may be amazed at what he has admitted and who he is now seeking to disarm. Jarrad is Zeke this week on Talking Lead. Lefthand and Jarrad interview Jacob Herman from Century International Arms about the new All American AK’s they are offering. Originally airing on TalkingLead.com, we are excited to bring you this exclusive interview with Jacob.

The Century International Arms event was hosted by Tactical Response in Camden, TN. Of course there is more to talk about than just AK’s. The new TP9SA pistol will be discussed as well so tune in to hear the news directly from the source! The Republicans In Name Only of West Virginia are at it again, this time they are seeking to prohibit citizens from owning night vision equipment, but not any citizen, only gun owning citizens. This story dovetails nicely with the latest lame attempt by Congressional elitists to keep the gun control debate alive by proposing a new magazine ban.

Sandwich-makers and metrosexuals have gotten a fright in Kansas and New Hampshire. Legislation has been introduced in both states to alter the existing gun laws and to move toward Constitutional Carry. Naturally, the usual suspects are peeing in their panties. Unlike the television format, through the magic of digital radio, we will have the opportunity to explore topics more deeply rather than just give them a quick glance. Discussions will address both that which is current news in the firearms world as well as traditions and foundational principles.

Student of the Gun, a beginner once, a student for life. 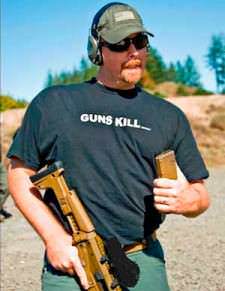 Paul G. Markel has worn many hats during his lifetime. He has been a U.S. Marine, Police Officer, Professional Bodyguard, and Small Arms and Tactics Instructor. Mr. Markel has been writing professionally for law enforcement and firearms periodicals for nearly twenty years with hundreds and hundreds of articles in print. Paul is a regular guest on nationally syndicated radio talk shows and subject matter expert in firearms training and use of force.

Mr. Markel has been teaching safe and effective firearms handling to students young and old for decades and has worked actively with the 4H Shooting Sports program. Paul holds numerous instructor certifications in multiple disciplines; nonetheless, he is and will remain a dedicated Student of the Gun. 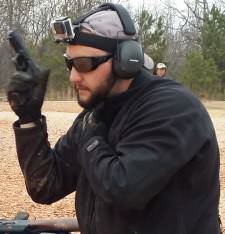 Not just another pretty face, Jarrad Markel has experience and training beyond his years. Jarrad has been training to be a fighter since elementary school when he first learned the art of collegiate wrestling.