Gilbert, AZ –-(Ammoland.com)- In yet another example of the sort of knee jerk, over reactive, nanny state governance that we have come to expect from New York, NY State Senator Tony Avella of Queens is proposing to ban people from possessing machetes.

The politician said Wednesday that the sale of machetes should be outlawed after several recent attacks. His bill, S03199, adds “Machete” to the same list of outlawed “Deadly Weapons” in which you will find switchblade and gravity knives. Potential penalties for violations under that section are up to a year behind bars.

“The fact that anyone can easily purchase this potentially lethal tool is just crazy,” he said, failing to recognize that this bill suggests that HIS sanity is what should be questioned.

Even crazier, there’s no definition of a “machete” in New York law, so it would be entirely up to law enforcement and prosecutors to determine where a knife ends and a machete begins. Unfortunately, we know all too well how knife laws can be abused in New York with a history of tens of thousands of needless arrests in New York City.

The legislation is the politician’s simple-minded response to the July death of Terrance Grier, age 17, who died from being slashed in the neck by a machete during a fight. In October an now identified man was seen on video slashing a victim with a machete during an argument in a Bronx restaurant.

A machete, like a kitchen knife, or any other knife, is simply a common tool used daily by many New Yorkers at home, work and recreation. It is the height of insanity to try and blame the tool for a criminal’s misuse of that tool to commit a violent crime.

Banning possession of this common tool is simply stupid. Use of any object, tool or otherwise, to commit violence on another person is already a crime in New York. Sen. Avella should withdraw his bill immediately and deal with the real problems his constituents face daily.

Knife Rights encourages you to politely let Sen. Avella know what you think of his goofy proposal and suggest that he withdraw it immediately:

About:
Knife Rights (www.KnifeRights.org) is America’s Grassroots Knife Owners Organization, working towards a Sharper Future for all knife owners. Knife Rights is dedicated to providing knife owners an effective voice in public policy. Become a Knife Rights member and make a contribution to support the fight for your knife rights. Visit www.kniferights.org

Liberal politicians make a living scaring the daylights of low information voters who have lost every vintage of self reliance.

“YOU DON”T NEED A MACHETE TO KILL A DEER,
STOP THE INSANITY” M. Cuomo, Gov.

Somebody QUICK get that man a Snickers Bar before he chops us all to pieces.

The Senator is right. Next step: banning bottles!

This is just a lame attempt to keep Democrats from killing other Democrats. The resurgence of Conservatism is already reducing the number of people voting for these quislings!

HOW THINGS WORK: Here’s the deal, let’s say I am elected to a state office as a rep in “Big City.” A crime occurs say, a butter knife murder. Now maybe only one or two murders have ever happened with butter knives but dog gone it, it happened to the people who elected me and I have to justify my job cause I want to be reelected and have to prove that I am actually working, not just collecting a pay check. So I introduce a law banning all butter knives. Now maybe these butter knife murders have only occurred… Read more »

Hahahaha, Py-T, you really ought to be in politics, because you have the program perfectly embedded in your grey matter.

Just about anything in my toolbox can be used as a weapon, if properly applied. And, that doesn’t include my garden shed. If we ban everything that can cause harm, we will be back to wearing rabbit skins and heating our homes with a bow drill. Oh wait, that fire stick is a little pointy.

And people keep saying how bad things are in CACALF.at least here they are not going after things like knives as of yet. Next thing you know they WILL be going after the rregular table knives in the name of protecting people, watch for them opening the f. e. m. a camps soon, in some aareasthey are already up and running.

Let me guess next on his list , hammers ,screwdrivers , axes and baseball bats? There have been lots of people killed with those also. What gene pool do these idiots come from? Were they not allowed to think for themselves growing up, so the believe no one else should either?

British citizens are joking the next bans will be sticks and rocks, their violent crime is up 400% since their government banned, confiscated and destroyed privately owned firearms.

Yeesh…even this tool calls it a tool, not a weapon. WTF is wrong with these people? I mean the voters…electing such a bunch to represent them. All I can say is that if this is the kind of person that represents them, they need serious mental health help. Either that, or the state needs to divide itself up into two new states. Old New York and New New York. One place for all this kind of B.S. (and increased crime rates) and another where the crime rate will continue to go down as citizens take care of things. —- Ever… Read more »

Is this nut case any relation to Kevin de Leon of Ghostgun fame? WTH is it with these loons? The water, the small of their own farts? WHAT, not enough CO2 in the atmosphere? WHAT IS IT??

Maybe he’s hysterical because his ‘significant other’ pointed a knife at him during a ‘dinner table disagreement’? LOL

This PATHETIC, ignorant politician that is “unknown” had to get his name in the papers somehow…so why not something completely STUPID, AND IDIOTIC? Here in Arizona, we have an overabundance of rocks….and some pretty healthy ‘sticks”, so who is going to outlaw those? Probably this moron!

This pic says it all: 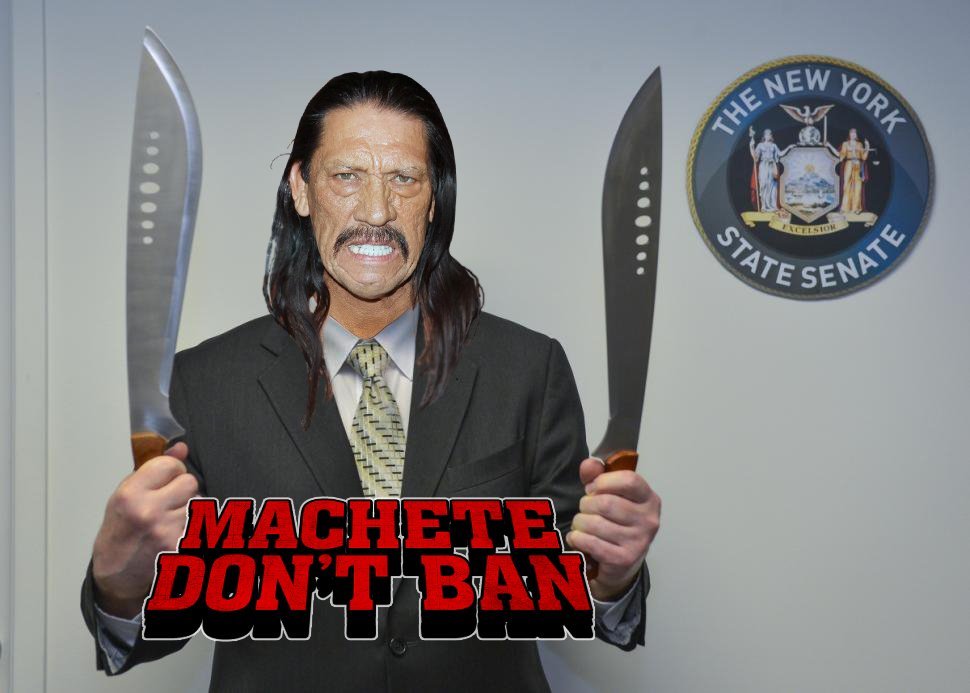 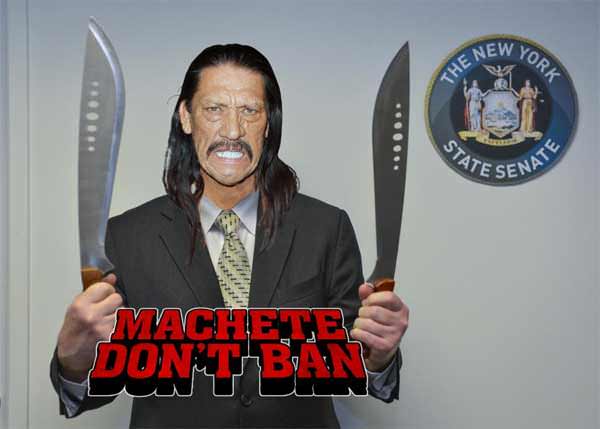 The British Bobbies were armed with truncheons(night sticks), before the government outlawed private gun ownership, confiscated privately owned firearms and destroyed them! Since then violent crime is up 400%, the Bobbies are armed with sub-machine guns, Parliament has proposed banning pointed knives, and allowing only round tipped knives. One British wag was heard to comment what is next a ban on sticks and rocks?