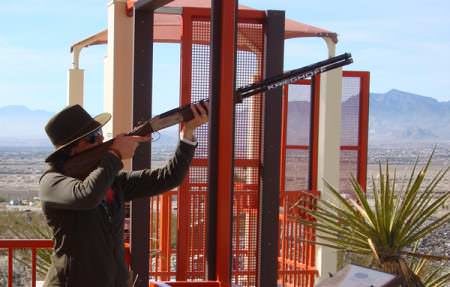 As the lead sponsor for the 2015 shoot, Krieghoff International has donated a new Krieghoff K-80 Pro Sporter over/under, 12 gauge shotgun with 32-inch barrels which was given away by sweepstakes drawing in the SCI Foundation booth at 2 pm on Saturday, February 8th. Maurice Johnson of Alaska was the lucky winner. Dieter Krieghoff was on hand to present the shotgun to the winner.

Participants enjoyed a morning of shooting followed by a catered lunch and awards ceremony where winning teams and top individual male and female shooters were honored with plaques.

The winners are as follows:

Krieghoff brought also along some of its world-class big bore double guns for shooters to try out this year. Hornady Manufacturing Co. generously provided the ammunition for the big bore rifle shoot. Participants got a real kick out of shooting these ballistic behemoths.

For question about the Third Annual SCI Foundation and BSA Sporting Clays Shoot contact Kimberly Byers at (520) 620-1220, ext. 322 or email to [email protected]