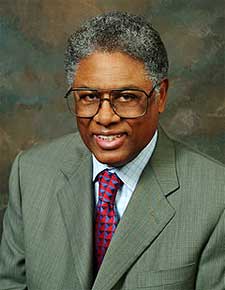 A recent story in a San Francisco newspaper says that some restaurants and grocery stores in Oakland's Chinatown have closed after the city's minimum wage was raised. Other small businesses there are not sure they are going to survive, since many depend on a thin profit margin and a high volume of sales.

At an angry meeting between local small business owners and city officials, the local organization that had campaigned for the higher minimum wage was absent. They were probably some place congratulating themselves on having passed a humane “living wage” law. The group most affected was also absent — inexperienced and unskilled young people, who need a job to get some experience, even more than they need the money.

It is not a breakthrough on the frontiers of knowledge that minimum wage laws reduce employment opportunities for the young and the unskilled of any age. It has been happening around the world, for generation after generation, and in the most diverse countries.

It is not just the young who are affected when minimum wage rates are set according to the fashionable notions of third parties, with little or no regard for whether everyone is productive enough to be worth paying the minimum wage they set.

You can check this out for yourself. Go to your local public library and pick up a copy of the distinguished British magazine “The Economist”

Whether it is the current issue or a back issue doesn't matter. Spain, Greece and South Africa will be easy to locate in the table near the back, which lists data for various countries. Just look down the unemployment column for countries with unemployment rates around 25 percent. Spain, Greece and South Africa are always there, whether or not there is a recession. Why? Because they have very generous minimum wage laws.

In the United States, back in what liberals think of as the bad old days before there was a federal minimum wage law, the annual unemployment rate during Calvin Coolidge's last four years as president ranged from a high of 4.2 percent to a low of 1.8 percent.

Looking back over my own life, I realize now how lucky I was when I left home in 1948, at the age of 17, to become self-supporting. The unemployment rate for 16- and 17-year-old blacks at that time was under 10 percent. Inflation had made the minimum wage law, passed ten years earlier, irrelevant.

But it was only a matter of time before liberal compassion led to repeated increases in the minimum wage, to keep up with inflation. The annual unemployment rate for black teenagers has never been less than 20 percent in the past 50 years, and has ranged as high as over 50 percent.

This is just one of many policies that allow liberals to go around feeling good about themselves, while leaving havoc in their wake.

I’m going to skip the other comments first:
What’s really painful is hearing my fellow working-poor people talk about how eager they are for minimum wage to go to $10.00.

Given the low I.Q and depraved nature of his readership, it’s no wonder this guy can make a living blowing smoke up your asses.

I really hate that you think of me as “depraved and low IQ.” Strangely I seem to be smart enough to understand that people won’t (can’t) pay $10.00 for a Cheeseburger sadly it seems you cannot fathom this reality. Just like the business owners were quick to figure out that they could cut everyone’s hours and magically get out of providing insurance benefits (that is why the unemployment number look so good it takes two people to do the same job that one person used to do,) so will all of these companies WILL cut massive numbers of people. It… Read more »

Low minimum wages have done 2 positive things. Kept the economy going, and served to teach young people that they better get a marketable skill if they don’t want to work for peanuts the rest of their lives. If they do not do that it means they have made a poor choice. If their parents did not see the importance of it, that means that it was their mistake, not society’s. However, we live in a culture that is always looking for someone else to blame.

The author should have included Obama care in the mob rule economics. Another case of economic redistribution of wealth to the poor.
People want high wages yet many of those asking for it , dropped out of school , no college or trade school and has done nothing to educate themselves .
For years I worked 2-3 high paying jobs to get ahead and got taxed more paying for social programs of the poor.
the last 100 years America has fallen to Socialism with Fascism mixed.
Time for change.