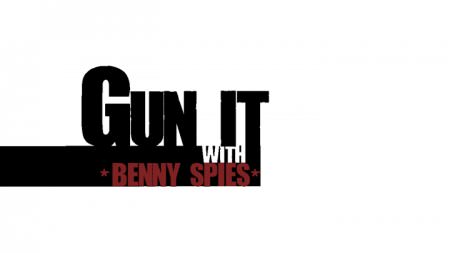 “Cabela’s has supported me from day one of my Sportsman Channel hosting dream and likewise I’ve directed all of my fans to use their gear – especially when it comes time for ROOOSSSTTEERRRR season,” Spies said. “It’s a no-brainer. They offer quality products, everything the hunter or angler needs. I look forward to seeing ‘Gun It’ fans at Cabela’s store openings and appearances across the U.S.!”

“We partnered with Benny because we love his unique style and how viewers respond positively to his open, honest personality,” said Kurtis Kaiser, Cabela’s senior manager of media advertising/marketing. “He brings a refreshing irreverence, but genuine love of the outdoors, to outdoor television.”

Benny Spies is as real as it gets and he takes his no-frills hunting and fishing adventures across America in his Winnebago (named “Toaster”) and his 1965 Chevelle (“The Secret Weapon”). Both vehicles offer an abundance of stories that will leave viewers entertained and laughing out loud. Spies is a unique character, but also serious about hunting and fishing. Whether it’s hog hunting in Texas or black bear hunting in Montana, the mission remains the same – have fun and keep audiences on the edge of their seats.

About Benny Spies: Spies has degrees from both South Dakota State University and Florida State University and garnered TV experience working behind the scenes for Late Night with Conan O’Brien, in the Page Program for NBC, in production for VH1 and as a show host for VERSUS, NBC Sports Network, and Animal Planet. At the end of the day, he’ll always maintain that he’s just a guy from South Dakota with a genuine obsession with the outdoors. Learn more at http://bennyspies.com on Facebook at http://facebook.com/gunitwithbennyspies