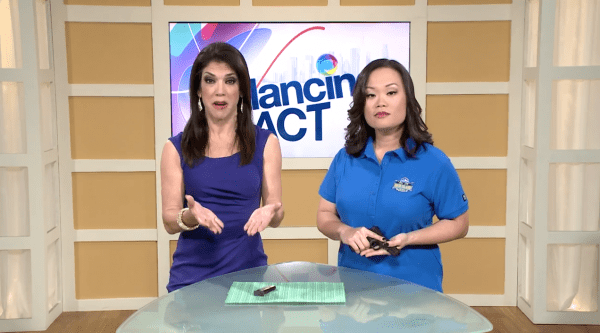 Las Vegas, NV (Ammoland.com) – World Champion competitive shooter, Athena Lee of Team Armscor will appear on The Balancing Act airing on Lifetime to discuss why many women in the US are becoming new firearm owners.

“The old misconceptions of what it means to be a firearm owner are disappearing,” said Lee. “Adult women actively engaged in defense and recreational shooting are one of the fastest-growing groups in the shooting sports and represent 37-percent of our industry.”

The segment focuses on reinforcing the importance of firearms education, training and safety along with a public debut of the Rock Island Armory “Baby Rock”, a pistol designed for female concealed carry.

The new pistol holds 7 rounds and retails at an affordable price of $459, with an anticipated release of Q2 2015.

For more details on the Baby Rock, visit https://us.armscor.com/products/baby-rock-380.

About Team Armscor’s Athena Lee : Born and raised in the Philippines, Athena Lee was introduced to guns as a competitive sport at an early age. By the early 90’s Athena found her calling and entered the world of competition shooting. In 1999 she won her first IPSC World Women’s Open Championship.

In the years to come Athena would show her dominance in the shooting world with multiple 1st place finishes:

Athena is one of the original instructors for Babes with Bullets, a traveling firearms education academy offering training to women of novice and intermediate shooting ability.

About Armscor / Rock Island Armory
Armscor and Rock Island Armory is a leading global manufacturer of ammunition and firearms as well as one of the largest producers of 1911 pistols in the world. With an unprecedented focus on customer service and satisfaction, Armscor has become a driving force in the American and worldwide firearms industry, exporting to over 50 countries on 6 continents.

About The Balancing Act
The Balancing Act is America’s premier morning show that brings today’s busy on-the-go modern women positive solutions and cutting-edge ideas to help balance and enrich their lives every day.

From workouts to the workplace, from kids to the kitchen, Balancing Act offers trusted advice to inspire and empower women across the country each weekday morning.