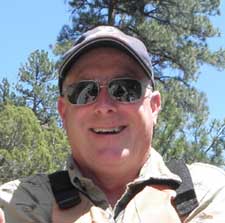 Lansing, Mich. -(Ammoland.com)-  “Human beings, who are almost unique in having the ability to learn from the experience of others, are also remarkable for their apparent disinclination to do so” ~ Douglas Adams, ‘Last Chance to See‘

We all do it. We make plans – days, weeks, or months in advance. Anticipation builds, as we arrange for the big adventure. Come hell or high water, we tend to forge onward despite conditions looming as furious clouds over a parade.

Maybe it’s my age. Live and learn, you know. But, when an arctic blast rolled through mid-Michigan this past February and snow squalls morphed into white-outs, I purposely passed the indistinct freeway entrance ramp, toward the Deer and Turkey Expo.

No second thoughts, because my first thought took me back to a mind-etching experience in treacherous weather years before:

Tom and I had planned an ice fishing trip to Lake Erie to catch some lake perch. Frank and Jimmy had been doing quite well on the ice and knew the way to the pot of gold. When the day arrived, and well before sunrise, we loaded our gear in Tom’s Datsun pickup and followed on the bumper of Frank and Jimmy in their little Chevette. A severe winter storm – the worst of the season – and, we’re going fishing. Dangit!

South on I-75 toward Monroe, conditions worsened and vehicles were sliding off around us. For whatever reason, Jimmy seemed to be in a big hurry, and I said to Tom, “Let ‘em go!” We slowed to a safer speed and watched helplessly as our guide disappeared amid the wind-swept barrage of snowflakes.

Never having been to where we were supposed to be going, we convinced ourselves that we’d find Frank and Jimmy, because they said they’d be near the break wall. Whatever that was.

We made it to the shore of Lake Erie and noted tire tracks heading straight out. We followed them, but remembered: the break-wall. We surmised it would have to be by the shoreline somewhere, so we prodded along some 200 yards parallel to land looking for Frank and Jimmy, all the while not venturing far from shore just to be safe.

Within a few minutes, I noticed a large crack in the ice and said to Tom, “We better get out of here.” He turned the wheel but it was too late. The front wheels crashed through and the doors were pinched shut immediately. Fortunately, we had time to roll the windows down and dash out. As fast as our feet could carry us and with ice breaking under foot, we made it safely to shore.

The truck settled to the bottom.

Six days later, after having arranged for a crane and skin diver, we returned with a car trailer and hauled the water-logged rig home. There, we drained all the fluids and had the mini truck back on the road in 2 days. All that was replaced was one headlight and later a fender, that got damaged swinging free into – you guessed it – a break wall.

On the front seat was our lunch prepared for that fateful day and we were able to locate a couple of hard-boiled eggs, which we promptly choked down. At least, we had salvaged something, but looking back last week, it was sure more than eggs.