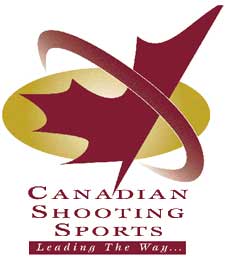 The video released by Hamilton Police of Sunday’s broad daylight shooting is disturbing. I was born and raised in Hamilton and have driven that section of road more times than I can count, I’ll likely drive it next time I visit home.

A group of men engaged in a shootout on a busy urban road is something that should disturb us all, but in calling for a gun ban as his solution, Mayor Fred Eisenberger has violated one of my key rules for life – better to keep your mouth shut and let people think you are a fool, than open your mouth and prove it.

“I think we should really try to ban guns in this city. I don’t know if we can do it. I haven’t fleshed out the constitutional issues,” Eisenberger said at city hall.

Now of course a municipality cannot ban guns and Eisenberger, a bit of a career politician who has also run federally for the Conservative Party, should know better. The fact that he is saying this tells me he either isn’t serious or simply opened his mouth and proved himself a fool.

Unfortunately, Eisenberger didn’t stop with his question on the constitutionality of banning guns.

“I think most reasonable people would wonder why are people carrying guns in the first place,” he said.

Well he is kind of right, most people would ask that especially since these were handguns at play and likely not registered in the handgun registry, which means we aren’t dealing with law-abiding gun owners but criminals.

Criminals being criminals, they aren’t likely to follow the law so Eisneberger’s proposal to ban guns is pointless. Firing off a handgun in the middle of the street is already illegal and yet it happened.

Ban crime, see how that works.

If we are going to ban things dangerous to the streets of Hamilton, why not ban cars? In 2010, the last year the city released its traffic safety report online, there were nine driver fatalities on Hamilton roads, three passenger fatalities, two cyclist fatalities and seven pedestrian fatalities.

Yet no one reacts to those events by calling for a ban of motor vehicles, instead we most often blame the driver. It is the driver, not the car that caused the problem.

So why when a criminal uses a gun to shoot up a street do politicians, or many in the media, suggest banning guns?

Politicians far too often react to a situation they cannot control by looking to control something they can, and thus the handgun ban idea. Hamilton has a crime problem, not a gun problem.

But dealing with crime is tougher than floating the idea that law-abiding gun owners should be punished due to the actions of criminals.

While Hamilton cannot ban guns, that doesn’t mean gun owners in Canada’s tenth largest city can’t be punished in other ways for the city’s inability to deal with crime. In response to crime in Toronto, then-Mayor David Miller led the charge to ban shooting ranges.

I first learned to shoot in the basement of the James Street Armouries. That and other facilities might have to close if Hamilton follows Toronto’s lead and punishes the law abiding to deal with law breakers.

That would be foolish; it would also be a shame.

Brian Lilley is co-founder of TheRebel.Media, you can follow him and his work on gun issues at facebook.com/brianlilley

The CSSA is the voice of the sport shooter and firearms enthusiast in Canada. Our national membership supports and promotes Canada’s firearms heritage, traditional target shooting competition, modern action shooting sports, hunting, and archery. We support and sponsor competitions and youth programs that promote these Canadian heritage activities. http://www.cdnshootingsports.org

Any time you see the words “gun ban” used together, you know it will be foolish and the person suggesting it is ignorant, stupid, obtuse, or evil. (Note: this is my opinion based on EVERY time banning of guns comes up. EVERY TIME!) Eisenberger seems to have all 4 traits! Congratulations EIsenberger, you win the booby prize.