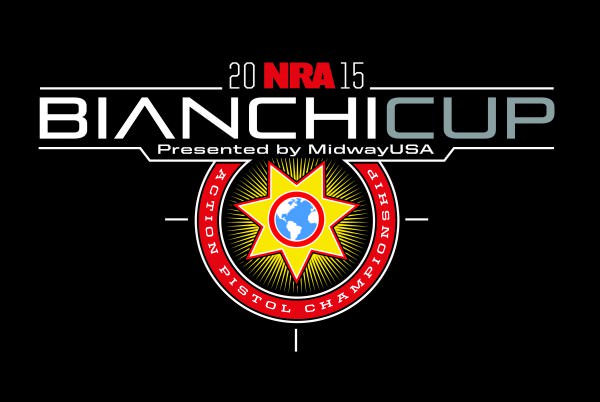 COLUMBIA, Mo. – The National Rifle Association announces MidwayUSA as title sponsor of its 2015 National Action Pistol Championship for the seventh consecutive year. Known commonly as the MidwayUSA & NRA Bianchi Cup for its world famous silver trophy, this major action pistol match will be held May 20-23, 2015 in Columbia, Missouri. Sign up to compete at bianchicup.nra.org/bianchiregistration.

“The Bianchi Cup is the richest and most prestigious pistol tournament in the world and the competition for the coveted silver trophy get fiercer each year,” said Executive Director of NRA General Operations,  Kyle Weaver. “We would like to thank MidwayUSA, an industry leader, for its pivotal role in helping the event grow these past seven years.”

Competition categories are determined by age, gender, and the number of modifications a shooter makes to their pistol to increase speed and accuracy.

“Brenda and I look forward to the Bianchi Cup each year. We have a strong passion for the shooting sports and it’s an exciting opportunity to watch some of the best competitive shooters in the world practice both discipline and marksmanship,” said Larry Potterfield, founder and CEO of MidwayUSA. “MidwayUSA is pleased to return as a key supporter of the 2015 Bianchi Cup and we welcome first time and returning shooters to our home town of Columbia, Missouri.”

Visit bianchicup.nra.org for more information on the 2015 MidwayUSA & NRA Bianchi Cup or contact Damien Orsinger at 703-267-1478 or [email protected].

About the National Rifle Association
Established in 1871, the National Rifle Association is America’s oldest civil rights and sportsmen’s group. Five million members strong, NRA continues its mission to uphold Second Amendment rights and is the leader in firearm education and training for law-abiding gun owners, law enforcement and the military. Visit http://nra.org.

About MidwayUSA
Both country kids from Missouri, Larry and Brenda Potterfield turned their passion for shooting sports into a career by opening a small gun shop in 1977 that would eventually become MidwayUSA (www.midwayusa.com). They instilled family values like honesty, integrity and respect for others into the business, and strive to maintain this culture with each employee added to their growing team. For over 37 years, MidwayUSA has offered JUST ABOUT EVERYTHING® for Shooting, Reloading, Gunsmithing and Hunting with an unyielding focus on Customer Satisfaction.