by Dr. Jim and Mary Clary 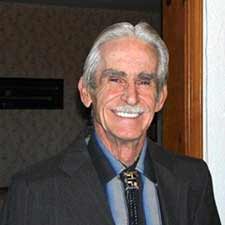 Los Lunas, NM -(AmmoLand.com)- When IMR introduced their new line of Enduron Technology powders we knew that we had to test all three.

With all of the powders on the market, one can legitimately ask, why make new ones? The answer is simple, the IMR Enduron powders feature a built in copper fouling

eliminator, are insensitive to temperature extremes and are composed of small sized grains for easy metering and precise loading density.

And, for all the “bunny huggers” in the world, there are no ingredients considered harmful to the environment… unless you consider blowing a five inch hole through a trophy bull elk at 200 yards as harmful.

Because the Enduron powders, cover the entire range of center fire calibers, it would not be fair to simply pick one powder for testing. Therefore, we selected five different rifle calibers to test all three powders simultaneously.

That turned out to be a bigger task than we originally envisioned, but the results were well worth the effort.

In preparation, Jim loaded sixty (60) rounds in each caliber, selecting powder charges from the Hodgdon/IMR Manual that approximated the velocities that we use in our regular hunting rounds.

All rounds were prepared with new cases, CCI primers and loaded on the same day. Each load was metered and weighed with an RCBS Chargemaster 1500 and double checked on a Frankford Arsenal DS-750 digital scale.

For those of you who are competitive shooters, the small size of the powder grains make it easy to calibrate loads to 1/100th of a grain. But, you will need a more precise scale than the Chargemaster for that, so we settled for 1/10th of a grain.

The C.O.L. of each cartridge was set to 0.005″ under the maximum recommended in the 2015 Hodgdon reloading manual.

We used the same Hornady, Sierra and Nosler bullets in our tests that we load for our hunts (weight & type in the table below).

When we headed out to the range for a test, we randomly selected 20 rounds of each caliber from the inventory. We chronographed the velocities with the Caldwell Ballistic Premium Chronograph using their Android phone app. Five rounds were fired to determine the average velocity for each caliber. The remaining rounds were fired for accuracy and grouping. All recorded velocities were used to calculate the average muzzle velocity and small sample size standard deviation.

The test rifles were cleaned with Otis O12-CU Copper Remover after each range session. While we cannot say that all copper fouling was eliminated, we can state that there was less buildup than normal, and what was there was easily removed with a few wet patches. That is a real plus for target shooters who go through several hundred rounds a day.

We fired our test rounds when the temperatures were at 43o F, 75o F and 97o F. In order to shoot over that wide a temperature range we had to extend our testing over a two month period, from May to June.

And, for the record, Jim does not intend to ever, ever shoot at 97o F again. That session gave him a whole new meaning to the term “crispy critter.”

Before we get into our results, we want everyone to know that we never doubted the claims made for the IMR Enduron powders. The Hodgdon’s are too honest and market savvy to make unsubstantiated claims about their products. Our purpose was simply to provide reloaders with information on five popular calibers, to give them an idea of what to expect in their guns should they decide to use the IMR Enduron powders.

With the above being said, these new powders are everything that Hodgdon claims them to be. Talk about being unaffected by temperature, we were absolutely amazed. Rather than waste more ink, check out the tabular results below for yourselves.

Some groups (notably with the .223 Rem. and .270 Win.) opened up on average of 1/4″ to 1/2″, when comparing the targets at 43o F to those at 97o F. Whether that was due to the temperature change or Jim’s shooting, we cannot say. Regardless of the cause, from a hunter’s perspective, accuracy was essentially unchanged.

Given the velocity results, we believe that these powders will perform superbly for competitive shooters. Why do we believe that? If you add up the numbers, we fired 300 rounds during our tests, more than we have ever done in any other field test in the past ten years. It there was going to be an accuracy problem with these powders as the temperature increased, it would have showed up…. but, it didn’t.

If you check our loads against the Hodgdon IMR manual, you will see that we did not load any of the calibers “hot.” We prefer mid-range loads which are easier on the barrel and not so punishing to our shoulders. Besides, the critters we are hunting are not wearing Kevlar vests.

Our tests confirm that the Enduron Powders are as unaffected by temperature that any powder could possibly be. If you are a reloader, you owe it to yourself to try out these new powders.

I just purchased some 7977 powder and plan to load for my 7mm Mag using Nosler 160 AB bullets. Has anyone worked up a load that they prefer or deem best so far?