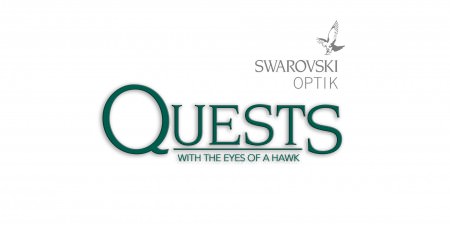 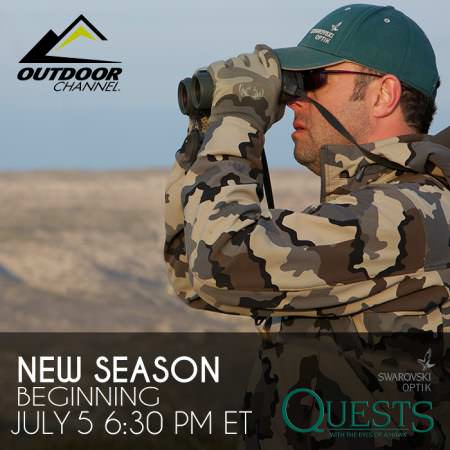 Aoudad, also known as Barbary sheep, are native to Northern Africa and were brought over to Texas after World War II. They broke out of captivity and have grown to a sizeable, free-range herd that has adapted well to west Texas’ craggy, mountainous areas.

“Aoudad’s vision is amazing. You could be 1,000 yards off and if they see any movement, they are gone,” said Dean Capuano, host. “They are flourishing in this desert, dry area. They have adapted to their environment and trust me, they are very wary.”

With the team of Off-Grid Outfitters assisting Titus on her first sheep hunt, the crew starts climbing so they can begin glassing to find their targeted sheep. They spot a herd on a mountainside and set Titus up quickly. She takes a breath and…misses just in front of the animal. “It’s alright, it was a clean miss, the herd grouped up on another outcrop nearby. So we can regroup and go after them again,” said Titus. They executed a perfect plan to give Titus another shot at the exact same ram. “The plan worked beautifully. I was able to get a prone rest, take my time and not feel rushed. It worked out perfect,” concluded Titus smiling over her first ram.

About SWAROVSKI OPTIK Quests: With the Eyes of a Hawk: SWAROVSKI OPTIK Quests travels the globe, with corporate partners that include Kubota Tractor Corporation, Hornady Ammunition, Talley Manufacturing and HS Precision. Each action packed episode features a team of SWAROVSKI OPTIK Pro-Staffers traveling to the world’s most exotic locations in search of the planets most difficult and sought-after trophies while showcasing SWAROVSKI OPTIK’s high precision, high quality, sought-after optics. SWAROVSKI OPTIK is at the top of every hunter and outdoorsman’s dream list. All over the world, enthusiastic hunters place their trust in the long tradition and uncompromising excellence of the high-quality long-range optics.