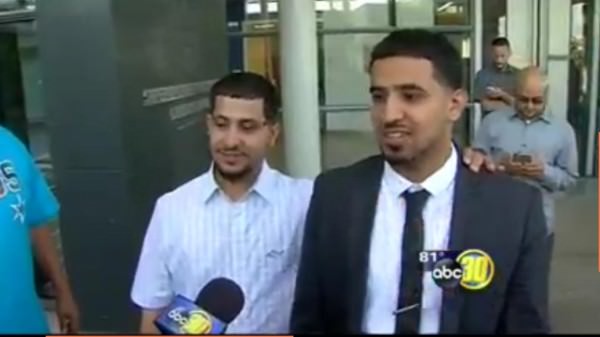 Arizona – -(Ammoland.com)- Two years ago, a 20 year old California man withdrew $44,000 from the bank for the family business.  He placed the money in a backpack in his vehicle.  He also had a 9mm pistol in the vehicle.  Two men attempted to steal the money; he saw one in his SUV and confronted him; ultimately shooting both men.  In the confrontation they had occupied another vehicle, taking the backpack and money with them.  From From abc30.com:

At only 22-years-old he says he shot and killed two robbers in self-defense. Police say those two robbers — Omar Calderon and Adam Verdusco were stealing $44,000 from Saleh’s car, money from his family’s business. A jury found him innocent of all but one charge — a misdemeanor for carrying a loaded weapon.

Defense attorney John Jackson said, “It makes me feel good that the jury came to the right decision what doesn’t make me feel good is that the district attorney’s office forced an innocent person for two years to have to suffer and basically make him think that he’s going to spend the rest of his life in jail.”

The two robbers weren’t carrying firearms, just knives according to police. Because of that the district attorney’s office argued Saleh used unreasonable force.

Once he spotted the knife, Saleh said he backed out of the car and wasn’t sure where the other man went. He testified he went around to the driver’s side of his vehicle and pulled out his 9 mm gun, which he had placed between the driver’s seat and the center console after returning from the bank. Saleh said he also had his cell phone in his hand and was trying to make a phone call to get help.

Saleh fired 8 shots from his 9mm pistol.  The men were in the other vehicle by the time he started shooting.  He says he feared that they were going to run him over.  His bullets hit the side and rear of the vehicle. 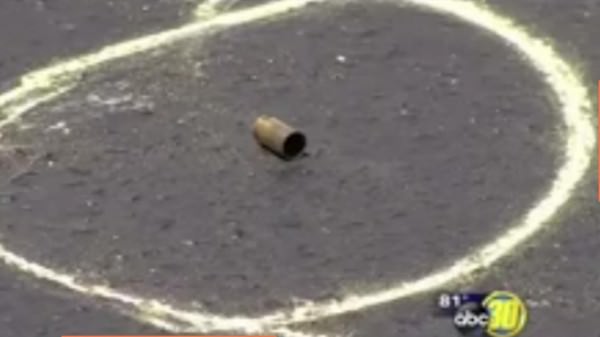 Saleh did not fire any more shots as the men in the vehicle fled the parking lot, but pursued the men, money and vehicle in his own SUV. Both robbers were already mortally wounded.

The trial process took two years. Saleh was found not guilty of all charges, except for the weapons charge, having a loaded firearm in a vehicle. From abc30.com:

While the defense attorney criticized the prosecutor for pursuing this case, I can see the prosecutor’s side. The robbers were in a vehicle, so their knives were not a threat. Saleh shot into the side and rear of their vehicle. The prosecutor questioned Saley’s judgement on a couple of points. From recorderonlin.com:

“So, you left $44,000 and a loaded handgun unattended?” in the vehicle when going into Office Max, Dempsey asked. “Weren’t you concerned about following a car when you [felt threatened]?” he asked.

In the end, the Jury sided with Saleh. While Saleh was close to 21, he was not there yet. Under California law, there was no way for him to legally carry a firearm to protect his family’s property that day in August of 2013.

I recommend Massad Ayoob’s books, “In the Gravest Extreme” and “Deadly Force” probably the two best books on general rules of self-defense that, if followed, will keep armed citizens out of trouble with the law in most situations; by using deadly force only when the law allows it, not by counting on prosecutors not prosecuting or juries not convicting. In my opinion, it is much better to be right, under the law, if and when you must use deadly force. Training to be able to reasonably use a firearm in a public place would be high on my wish list.… Read more »

This is a poster case for “jury nullification”. If you are eligible for jury duty, it is your civic duty to educate yourself about your duty to judge the “law” as well as the alleged offense, and to always vote for justice, regardless of the “law”.

An over-zealous prosecution to be sure. Technically correct, but seeking justice for armed robbers seems a bit much. When you make the decision to become an outlaw, then I believe you waive all protections under the laws that you said you will not obey. You should not have it both ways. This trial was a waste of taxpayer dollars.

He should have not left the gun and the money behind. I know I would not

That’s why this article wasn’t about you.

Another reason I want to leave CA. This state is doomed.

Another 2 bite the dust.

Per the 2nd Amendment and the US Constitution, every able bodied person is a member of the US militia, responsible for their own safety and welfare and the safety and welfare of the United States. As members of the US Militia, they are required to have weapons on par with any evil force they may encounter in the performance of their duties as a US militia member whether it is protecting themselves, their families, their communities, or the United States!

Hey, Kent, Knives are not weapons ???

When seconds count, the police are minutes away.