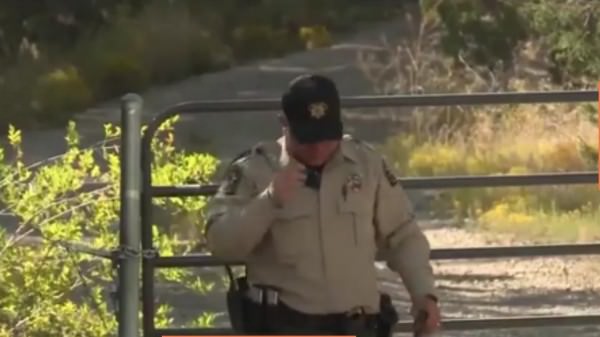 Arizona – -(Ammoland.com)- On a remote property on Perdiz Canyon Road, off of Highway 165, in New Mexico, a 59-year-old homeowner says that he woke up to find an intruder in his home.  The house is out of sight of the gate, down a long, dirt track that serves as a driveway.  The intruder is said to have sprayed the homeowner's dog with pepper spray, then used a gun after the homeowner woke up.  From koat.com:

“(The intruder) fired a shot that went just wide of my client's hip,” Cravens said.

Cravens said his client used his cane to knock the gun out of the intruder's hand. According to authorities, the homeowner fired a fatal shot from that gun.

Sticks, batons, and any long, relatively hard object can be used very effectively as an improvised weapon.  Police have stopped using durable flashlights as impact weapons because so many suspects were being killed or severely injured.  It is well worth the while to learn some simple stick fighting techniques to defend yourself.  Sticks can be carried almost anywhere without suspicion or special permits.  Whether the homeowner had any training or simply used instinct and got lucky is unknown  from the published account.

NNew Mexico does not have a specific “Castle Doctrine”, but there is no duty to retreat from a deadly threat in the State.   If the action occurred as the homeowner claims, it is highly unlikely that he will be prosecuted.

There is a bit of mystery to the story.  Most burglars will not explore an unknown dirt track behind a gate, on foot, to find out if there is anything worth stealing.   The burglar came prepared with pepper spray and a gun.  I am sure that the authorities will do the usual investigation to determine if the burglar and the homeowner have any connections.

It is not unknown for family members or acquaintances to steal from people that they know, or for professional burglars to develop a string of informants, be they house keepers, plumbers, yard workers, or utility people, who tell them information about places where there is property worth stealing, for a price or a cut of the proceeds.

That the pacifist homeowner was known to have eschewed  violence might have been a factor in the decision to victimize this particular residence.  The homeowner was not murdered outright, suggesting that the intruder did not expect any resistance.  But that is not uncommon.  Criminals are notorious optimists, believing that they will not be caught, they will not catch a bullet, that they will escape without injury.

In reality, stealing is a very risky business, even from a pacifist.

Some pacifists will defend themselves when attacked in their own home.

Only shows self defense and protection of your property is up to you.

A ‘professional burglar’ will never enter a residence when there is any chance the homeowner is at home due to the risk factor. This sounds like a drug rip-off where the suspect went to the wrong house.

Pacifist ? Really ? This pacifist did a damn good job of killing the hell out of this piece of scum,……and with the turds own gun yet !!! I sure as hell like stories with a happy endings !