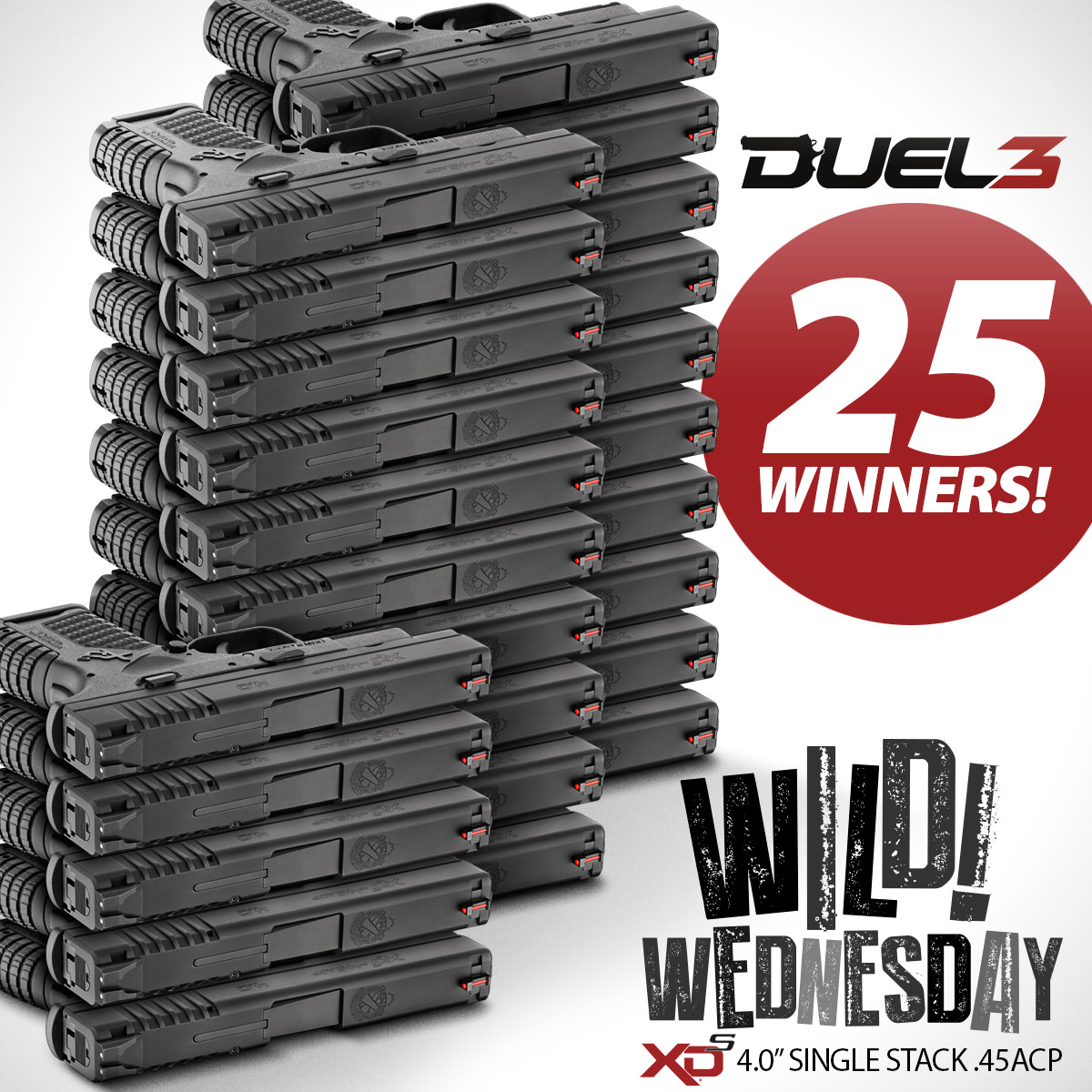 GENESEO, IL (AmmoLand.com) – Springfield Armory will pass the halfway point of its DUEL 3 promotion today by giving away 25 of its own handguns for “Wild Wednesday.” The DUEL 3 promotion continues with daily and weekly prizes throughout the month of September. Today’s prize haul has a combined value of more than $14,000.

Participants can register at DUEL.Springfield-Armory.com to vote in the weekly “duel,” in which two Springfield Armory firearms are pitted against each other in a side-by-side comparison. Each vote increases a participant’s chances of winning prizes, and registered participants can vote up to once an hour.

About DUEL 3:
This is Springfield Armory’s third iteration of one of the shooting industry’s largest gun and gear promotions. Participants are eligible for daily and weekly prizes, as well as one grand prize. http://duel.springfield-armory.com