Bloomberg reportedly spent $2.2 million in the two elections.  He spent $700,000 in the Senate race.  From townhall.com:

A day earlier, Everytown said it would spend $700,000 on ads for Democrat Dan Gecker, who is battling Republican Glen Sturtevant to represent part of Richmond and the surrounding suburbs in the Senate. That seat is being vacated by retiring Sen. John C. Watkins (R-Powhatan).

Here are the vote totals for the Virginia Senate election  from virginia.gov:

According to Townhall, Bloomberg spent 1.5 million to attempt to elect disarmist Democrat Jeremy McPike in the Virginia House of Delegates.

It appears that Bloomberg money is toxic to the candidates he wants elected.  Here are the results of the Virginia Senate early results, precinct 029.   From virginia.gov:

The lesson on this seems clear.  Spending money in an election to tout the anti-second amendment stands of a candidate is very effective – for his opposition.

I am sure that there are a few election districts where the population has been sufficiently propagandised that disarmist ads would be a plus.  New York City comes to mind.  But those seats would be occupied by disarmists in any case.  Republicans have come down heavily on the side of protecting the right to have and carry firearms.  Independents are clearly moving in that direction, and now top 50% in the polling data. 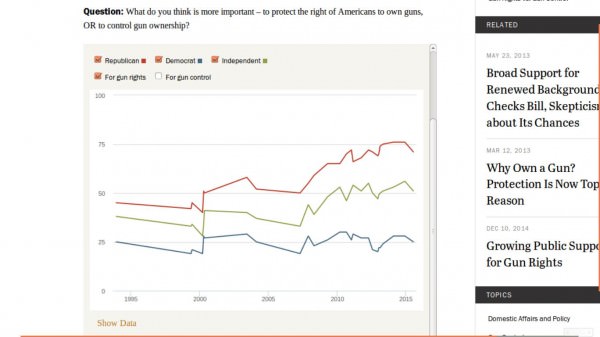 American voters have been ratcheting up support for the Second Amendment over the last 50 years. Support drops during an emotional push by the media cartel for more infringements on the Second Amendment. Then, as people actually investigate the legislation proposed, the arguments, and the facts, a significant number of people are converted to Second Amendment supporters. The ratchet does not work in the opposite direction because the facts and logic are against the disarmists.

Comments sections on Internet sites and newspapers are central to this ratcheting effect, as they are primary ways in which people obtain facts about the Second Amendment debate. Nearly everything put forward by disarmists is either a lie or a distortion. When people discern the truth and the facts, which they can easily do with some digging on the Internet, they become Second Amendment supporters. Numerous academics have switched their position from being in favor of ever stricter gun controls, to favoring the rights of people to be armed for self defense. I have yet to see a pro-rights academic switch to a disarmist position.

Update:  Inspite of early lead, Democrate McPike was able to pull off a win.  From breitbart.com:

Republicans beat back two serious challengers Tuesday, holding onto seats in the suburbs of Richmond and the Hampton Roads area.

In another hotly contested race, Republican Hal Parrish holds a lead over Democrat Jerry McPike. If Parrish holds onto his lead, it would represent a Republican gain, as the two are battling to replace a retiring Democrat.

Let the bastard spend all his money on a lost cause. Then he can stand in a soup line.

Deport him HELL; DECOMPOSE him and all the rest of his DEMO buds!!

It’s a shame. All that money could have helped a lot of homeless veterans or fed a lot of hungry children or provided training for police, firefighters, military personnel and search and rescue operations or build research hospitals or …… you get the idea.

Love It! Love It! When Nanny Bloomberg looses big time. He put in a lot of $ against Sheriff David Clarke and LOST BIG also. That sniveling little dwarf can keep his pansy a$$ in New York City and don’t bother pushing his anti-gun crap anywhere else. Doesn’t he realize HE IS NOT WANTED!

Keep up the good work!

Gloomberg does’t like guns, I wonder how many guns are in the hands of his body guards? It’s funny how some wealth people think they should tell everybody else how to live, but don’t live the same way themselves.