Arizona – -(Ammoland.com)- While I was in Texas this past December, I attended a mounted shooting competition about 50 miles from Fort Worth.  The competition was organized by Texas Smoking Guns. I had not attended one before.  The event was held at Salt Creek Arena and Stables, on FM 51, just south of Boyd, Texas.

Several things are different about Mounted Shooting compared to more conventional shooting competitions.  The most obvious is that they do not use conventional ammunition.  They use blanks.  Special blanks, that are not provided by the shooters, but are issued to them by the organization holding the meet.

This makes a lot of sense, given the restrictions of the competition.  They use real guns. All that I saw were Ruger stainless single action revolvers.  The rules require single action guns, and Rugers have proven to be the most durable and reliable, according to contestants that I talked to.  Because the blanks are black powder, the guns selected are stainless steel, to make cleaning less of a chore. 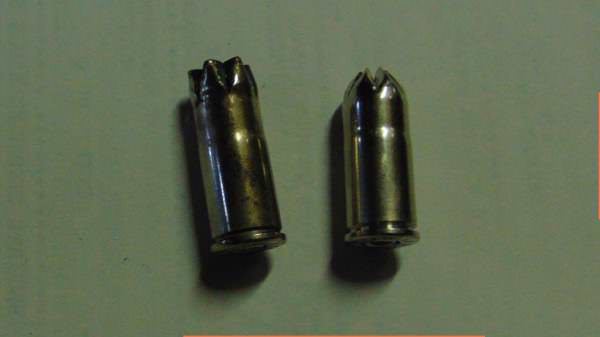 The blanks are made for visual effects; they project burning sparks and voluminous white smoke 20 feet, in about a 20 degree cone. The shooting is point shooting, and does not involve precise aiming. It does a good job of simulating the requirements for armed mounted combat with repeating pistols. This was a form of combat common from 1850 through 1900. Winston Churchill used a broom handle Mauser during a cavalry charge in the River War in 1898.

If you want to see an example of this kind of combat on the screen, look to the final combat scene in The Outlaw Jose Wales.

Watching the competition, where individual competitors run through a complicated course, firing at 10 balloons on sticks, makes it clear why the pistol armed cavalry man was so effective. Shooting is fast, and good gun control is necessary, but the winning skill is horsemanship. The horse is every bit as much of a competitor as the rider. You are allowed two revolvers, with five shots each. There are ten targets, so there is little room for error. A missed target or a knocked over barrel on a turn costs you five seconds. The fastest time wins. Much of the cavalry combat from 1850 to 1900 was against savage warriors armed with bows, swords, spears, or muzzleloading muskets. Against those opponents, the pistol armed cavalryman is effective and dangerous. Against repeating rifles and machine guns, horses are simply too vulnerable. Cavalry today rides in armored vehicles.

This competition is a good spectator sport. The combination of horsemanship and shooting skills is exciting to witness. The safety afforded by using blanks allows spectators to be close. The balloon popping, smoke, tight turns and fast horses are dramatic. I suggest hearing protection. Those blanks are loud!

I was fascinated by the display of horsemanship, and the skill of the horses. I grew up with horses, but generally considered them more of a chore than an asset. Others disagree.

If you are going to participate in this sport, you need a horse, so you can train together. This makes the sport moderately expensive, unless you already regularly work with horses. My suspicion is that a large number of real cowboys, outfitters, and working ranchers number among the competitors.

I was told by people who had participated in many equestrian sports, that this sport is the most demanding.

As I watched the action, I thought of Churchill, of the Civil War, of cavalry charges on Afghanistan’s plains.

If you get a chance to attend one of these competitions, I recommend it.

The Houston Livestock Show and Rodeo sponsors Cowboy Action Shooting coming up soon in February/March in the Pavilion(?) that personifies REAL cowboys. Barrel racing with balloons on poles strategically placed gives single action revolvers a real workout. Hanging onto a horse at breakneck speed firing a lever action rifle is the REAL John Wayne. Beware, that black powder reverbs ALL OVER the arena. NOT hearing safe. A lot of deaf /no flinch horses in the bunch. A smashing howling Hit for little kids!! And a couple of yeas ago, the girls won by out shooting the boys. If a balloon… Read more »