Martin and McQueen’s seminar will discuss how they work as a team in the field not just as hunting partners, but also as husband and wife. “We work to lift each other up, not tear each other down. It’s not a competition in the field. If you want your spouse to be more involved in the outdoors with you – and its no secret if they are more involved, you’ll get to hunt more – then come to our seminar to learn how to make the experience stress-free and inviting,” said Julie McQueen. 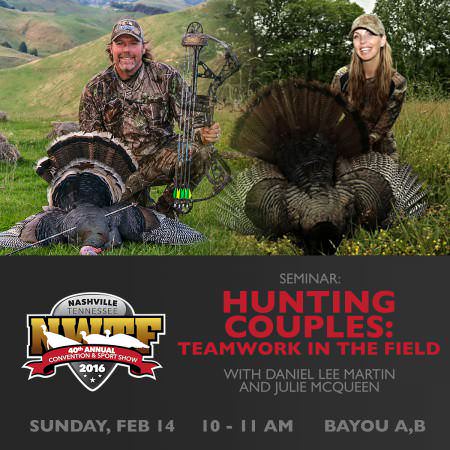 Learn more about Julie and Daniel Lee at http://backstageandbackroads.com