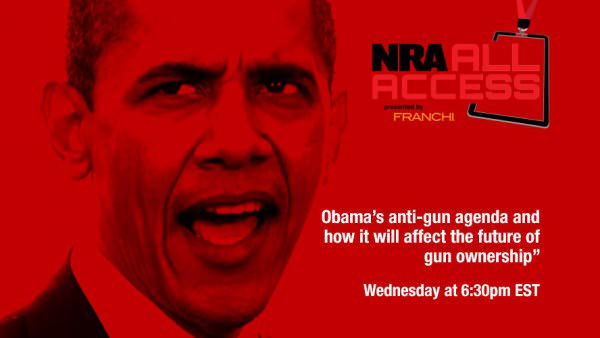 Fairfax, Va. — (Ammoland.com) On this week’s NRA All Access host Theresa Vail jumps head-first into the world of competitive shooting when she enters her first match and goes head-to-head against the best of the best at the NRA World Shooting Championship.

After that, we present a detailed account of Obama’s anti-gun agenda the past seven years and what’s in store for the future of gun ownership once he leaves the White House.

Then, on an all new episode of NRA Gun Gurus, Jim Supica shows us how the Pains Rifle helped tame the wild frontier while Phil Schreier evaluates a Griswold & Gunnison revolver. Finally, at Rock Island Auction house, the guys take a close look at two exquisite pistols fit for a prince – literally.