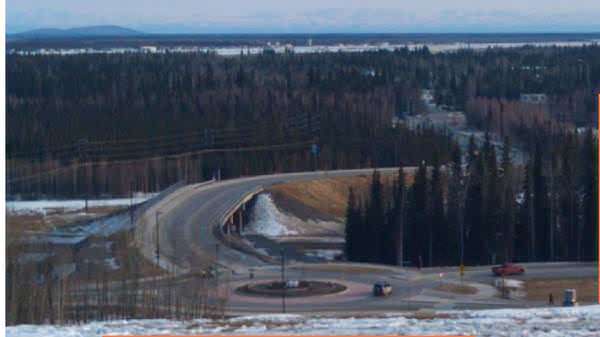 Arizona – -(Ammoland.com)- A bill in the Alaskan legislature, SB174, has passed the Senate Judiciary committee.  In the Committee, amendments were added that give the Board of Regents of the University of Alaska extraordinary power and immunity.  The legislation would give the Board of Regents the power to ban the open carry of knives and guns.  No city in Alaska has that power. From SB174(pdf):

(c) The Board of Regents may adopt and enforce policies

(1) regulating the possession, ownership, use, carrying, registration,
storage, and transportation of openly carried firearms and knives;

It would grant the Board of Regents, all their staff, and all employees and agents, blanket immunity from any lawsuits as a result of what they did or did not do about guns and knives on campus.  Those amendments were added at the request of the Board of Regents.   From SB174(pdf).

Apparently, the Board does not know when to take “yes” for an answer.  They have voted not to accept the power and the immunity offered by the legislature. They demand even more.  Their stated reason is that SB 174 allows students and staff who are over the age of 21, to legally carry carefully concealed knives and guns and knives on some areas of campus.  They would be forbidden to carry or possess them in dormitories or shared residences, for example.  That appears to be a direct violation of the Second Amendment, and the State of Alaska Constitution.  The Board must believe they have more power than the Alaskan Legislature or the Courts.  From youralaskalink.com:

The University’s Board of Regents acted today to oppose SB 174 by a vote of 9-2.

The state legislation would allow concealed handguns and knives on campus.

Of course, if the guns and knives are carefully concealed, they can be carried on campus now, in violation of the administrative rules, and almost certainly are.  From thenorthernlight.org:

…Kally Greene-Gudmundson, a marketing student at UAA, said. “I know several students who already carry concealed weapons on their person or in their vehicles, not to increase violence or rebel against gun control, but because they feel it’s their civil right to protect themselves especially if they have the license to do so, and within reason, I’d have to agree.”

The Board of Regents instituted their administrative ban on guns and knives on campus in 1995, shortly after the Legislature passed the first Alaska concealed carry permit law.  The current version even bans BB guns, hunting knives, and slingshots. No one has challenged the ban in court, yet, though it seems clear that it violates not only the Second Amendment and the State Constitution, but the strong state pre-emption law as well.

I contacted Senator Pete Kelly, who sponsored SB 174.  His position is that the ban put in place by the Board of Regents is not supported under state law, that it violates the State Constitution, and the preemption law.  From SB 174:

FINDINGS AND INTENT. The legislature finds that the individual right to keep and bear arms is a constitutionally protected right under art. I, sec. 19, Constitution of the State of Alaska, and may not be abridged by the Board of Regents of the University of Alaska. The legislature reserves to the state the authority to regulate firearms, except as specifically provided in AS 14.40.173.

Perhaps this is why the Board of Regents objects to SB 174.  It removes any doubt that the Board is subject to the restrictions of the State Constitution, particularly art. I, sec. 19.  It makes clear that only the State has the authority to regulate firearms.

The Board of Regents has been able to run roughshod over the rights of students and staff for over 20 years.  They have never been challenged in court.  It is easy to see that they feel secure in the authority they already wield.

State university systems are one of the most powerful lobbies in any state.  Legislatures lavish money and power on them.  In this case, the Board of Regents may be outsmarting themselves.  If an Alaskan has the guts to wear an openly holstered pistol or a belt knife on a university campus, and is cited with trespass, or administrative sanctions, it is likely they would prevail in court.  Of course, court fights tend to be long and expensive.  The Board of Regents has deep pockets full of other people’s money.  It seems to be a gamble the Board of Regents is willing to make.  After all, no one has challenged them.  Yet.