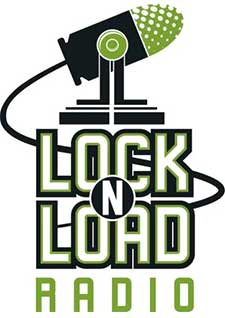 USA – -(Ammoland.com)- On my way to the recent NRA 2016 Meet Up, I got a call from Linda Peterson, PR Director for tednugent.com.

Ted has been a frequent guest on my show, Lock N Load for over 4 years now, so when Linda calls, I always answer.

Linda wanted to know if I was going and if so would I interview Ted?

A little background if I may. Lock N Load, is syndicated by Genesis Communications Network and has been for 2 years now. But it wasn’t always this way. It started out as a webcast/podcast, and in 2012 in our 1st month I was downloaded a whopping 21 times.

But my live listeners proved to be both loyal and quite resourceful. One evening in the summer of 2012, I was waiting on Larry Pratt of Gunowners of America to come on, and at the appointed time a call pops up on the incoming board , but with the wrong area code.

And that was the entrance of Ted Nugent into the Lock N Load hoards.

It was, and still is, outrageous to have Uncle Ted as a guest. Love him or hate him, he has remained pertinent in the political discussion, and remains completely unapologetic about his Non Politically Correct stance on all things America.

I told Linda that all I could do would be to shoot video. I had always intended to expand the show with video, and picked up the nuances to 4k and editing while recovering from open heart surgery in 2015(A story for another day). Video worked for Linda, and the die was cast.

Sunday morning, I started receiving texts from Toby Nugent as they were inbound and headed to Freedom Hall to get in position. There I was greeted by Nancy Martin, the producer of Ted’s stage show in Louisville. She and her staff made the set up smooth, and all that remained was Uncle Teds arrival.

Toby Nugent came up the stage steps first, introductions are made and in comes Uncle Ted.

After 4 years of collaborating, this was our first face to face meeting, and for a 69 year man, he gives off a lot of energy. After the interview, he pulled up his guitar and belted out an impromptu Star Spangled Banner, that I tried to film, but in the end all I could do was let the solo soak in while I took a moment to scan the room. There were probably 10-15 LEO as security and everyone of them were thoroughly immersed in the Motor City Madman.

Does Ted Nugent say things that make squeamish people cringe? Yes he does. Does he care that they cringe? No he does not. But he brings the ideological fight with him, and he politely and firmly challenges the leftist narrative.

My thanks to Linda Peterson, Toby Nugent, and Nancy Martin for helping me get this together.

Yuk. The draft dodger (nugent) calls the war hero (McCain) un-american. I had a hard time getting through that whole video, especially since the interviewer was obviously uncomfortable listening to that (admitted) pedophille’s BS. My pop was a captain in the navy, he used to tell us about how McCain refused an early release (which he was offered because he was an Admirals son) and accepted extra YEARS of TORTURE because he didn’t believe in privilege…. …And Nugent got a section 8 by crapping his pants before his draft physical. No joke. It’s a matter of public record. Look it… Read more »

… Other than you hguys having anything to do with yes Nugent, I love your site!
Prices Sam super good: how do you do it? Maybe its just ‘cuz I live in a lib state that they seem cheap .

WAKE UP ABOUT TED NUGENT!!! WHY DO CONSERVATIVES LISTEN TO THIS GUY?!?? Ted Nugent is an PROVEN child molster, admitted pedophile, Draft Dodger, anti-semite, homophobe, sexist and Racist, as well as having many other disgusting, hypocritical, un-american, and violent character traits. Before I get into specifics, let me say two things: A) I have citations for everything that I am sharing about this roach, and B) I am a for-real Independent voter (yup, we exist) RACIST: After Trayvon Martin was killed in Florida, Nugent referred to him as a “wannabe gangster” and “Skittles hoodie boy”, and even called Barack Obama… Read more »

You offered citations for your assertations. Please provide more than song lyrics, and your argument might seem marginally valid. Nimrod.

WAKE UP ABOUT TED NUGENT!!! WHY DO CONSERVATIVES LISTEN TO THIS GUY?!?? Ted Nugent is an PROVEN child molster, admitted pedophile, Draft Dodger, anti-semite, homophobe, sexist and Racist, as well as having many other disgusting, hypocritical, un-american, and violent character traits. Before I get into specifics, let me say two things: A) I have citations for everything that I am sharing about this roach, and B) I am a for-real Independent voter (yup, we exist) RACIST: After Trayvon Martin was killed in Florida, Nugent referred to him as a “wannabe gangster” and “Skittles hoodie boy”, and even called Barack Obama… Read more »