Louisiana- (Ammoland.com)- It took the Orlando Police three hours to stop a mass murderer in a gay nightclub.   Armed citizens like you responded in seconds.  This happens not once, but time after time, and month after month.  Again, you stopped mass murder in May of 2016.  Similar reports from earlier months are listed here. 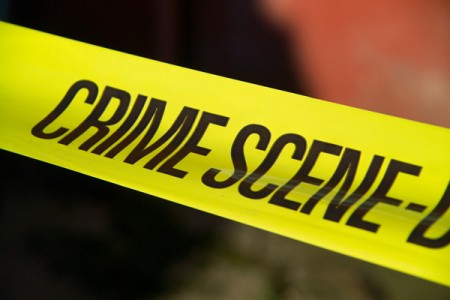 –An armed man came into a Phoenix, Arizona taco restaurant and pointed a pistol at the store clerk.  The female store clerk opened the cash register and ran away.  She hid in the bathroom with several other people who worked at the restaurant.  The robber also approached another store employee, only this employee was armed.  The armed employee shot and killed the robber.  The store had been robbed earlier that week.  This time, none of the employees or customers were hurt.  The robbery happened at around 9 pm.  Police are looking for the eight customers who witnessed the robbery.

In contrast, the medical clinic was a “gun free zone” even though the Bureau of Labor Statistics reports that more than sixty percent of workplace physical violence occurs in the health care workplace.

–A store owner and his son were working in the back office of their Florida liquor store.  It was noon when an armed and masked robber demanded money from an employee who walked out the back of the store.  That employee didn’t have the store’s money, so the employee led the robber up to the other store clerk who was working at the cash register.  That is when the owner and his son saw the robbery in progress.  They saw their employees held at gunpoint.  The robber demanded their money as well.  The store owner’s son drew his firearm and shot the thief several times.  The thief died at a local hospital.  None of the employees or customers were injured.

–A mentally disturbed man lived in a nearby home.  He tried to break into the wrong house, but the first home that the intruder tried to enter had a reinforced door.  The occupants told the intruder to go away.  The intruder went to yet another home in this Seattle neighborhood and started throwing furniture through the front window as he yelled and cursed at four in the morning.

Arriving deputies heard the shots and found the wounded suspect in the front yard. They applied a  tourniquet to the intruder’s leg before medics transported him to the hospital for treatment.  The mentally ill man survived his injuries.

–A 25 year old man barged into a busy sporting goods store in Memphis and demanded money.  News reports are not clear whether it was a store employee or a store customer who took exception to being robbed at gunpoint.  In either case, one of the robbery victims was armed with a concealed weapon of his own.  He shot the armed robber.  The robber was taken to a local hospital where he died.  Neither the defender nor other customers and staff were hurt.

One customer said, “I’m only 24 and I really want to get away from Memphis.”

These are a few examples where you prevented mass murder in May.  Instead of saying “Thank you,” socialist politicians propose more laws to disarm the victims of violent crime.  I have a different plan.  I trust my neighbors to keep us safe.  Neighbors just like you.

I report on Self-Defense Stories each week.

The original article is here.
~_~_

Rob Morse: Rob writes about gun rights at Ammoland, at Clash Daily and on his SlowFacts blog. He hosts the Self Defense Gun Stories Podcast and co-hosts the Polite Society Podcast. He is an NRA pistol instructor and combat handgun competitor.