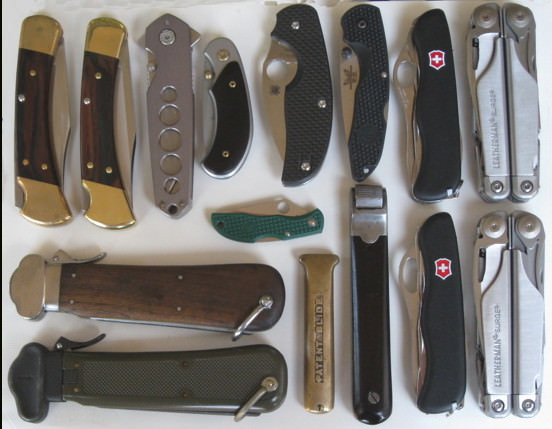 Knife Rights has been aggressively working to reform the New York State law on pocket knives.  The law was passed in the 1950's as part of the trendy and hyped “switchblade” ban based on false information and emotional arguments.

Some organizations associated with “progressive” groups that are hostile to the Second Amendment have joined in support of this reform. Their concern with the law seems to be because black and Hispanics are the disproportionate targets, rather than from Constitutional concerns.

Knife Rights filed a federal lawsuit in 2013. The suit is working its way through the courts.  The lawsuit claims the law is vague, because people in New York City cannot tell whether a knife is a “gravity knife” or not until a policeman tells them.  The Village Voice believes that about 60,000 people have been arrested under the weird interpretation of the law by New York City prosecutors.

Knife Rights also pushed a legislative reform that would prevent most abuses of the law.  This year it passed both houses of the legislature with overwhelming margins: 99 to 12 in the Assembly, unanimously in the Senate.

It is unknown if Governor Cuomo will sign or veto the bill.  Mayor De Blasio has come out against it.

Two “progressive” allies have added their voices to urge Governor Cuomo to sign the bill.

The first was The Legal Aid Society, which is the largest public defender organization in New York City.  Given the abuse of the law by Manhattan CA Cyrus Vance, that is expected.

Now the NAACP Legal Defense and Education Fund has signed on.  From villagevoice.com:

The NAACP’s Legal Defense and Education Fund — the organization founded by Thurgood Marshall and responsible for bringing Brown v. Board of Education, Loving v. Virginia and many other seminal civil rights cases — has thrown its support behind efforts in the New York legislature to reform the state’s broken gravity knife statute.

In a letter sent this week, the organization urged Governor Andrew Cuomo to sign a reform bill, passed by the legislature in June, designed to stop prosecutions that have attracted widespread criticism. “This law is problematic on its face and even more problematic in its application,” the organization wrote. “It punishes New Yorkers for an innocent act, and it is overwhelmingly applied against African Americans and Latinos.” (The full text of the letter is below.)

These antiquated knife laws, passed in moments of hyperbole with little relationship to fact or logic, are being reformed and repealed across the nation.  Efforts by Knife Rights in New Hampshire, Alaska, Tennessee, Oklahoma, Missouri, Kansas, Maine, Indiana, Texas, Nevada, and Wisconsin have all been successful.  Perhaps the Legal Aid Society and the NAACP will supply enough “pull” to get Governor Cuomo to sign the bill.

With the help of “progressive” organizations, the reform effort could be accelerated and multiplied.

At some point, knives will be judicially recognized as “Arms” protected under the Second Amendment.
©2016 by Dean Weingarten: Permission to share is granted when this notice is included.

Better do baseball bats, pickup trucks, rocks and a bunch of other thinks then. Don’t try to fix the problem, just keep throwing money at anything but!