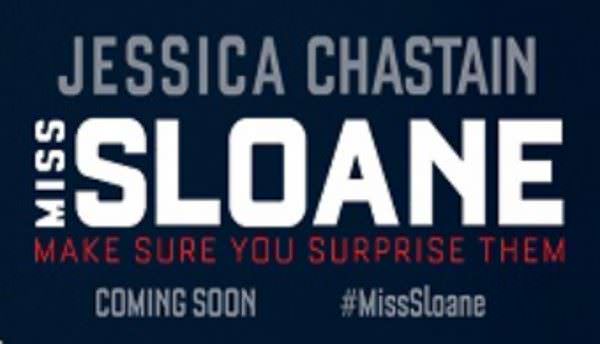 Arizona – -(Ammoland.com)-
Miss Sloane was supposed to be an effective gun hater propaganda masterpiece. It should have been considering the money spent on it.

The production budget for “Miss Sloane” is reported at 18 million, with one of the top advertising budgets for movies, ever, of 15.9 million. Total box office, so far is just short of 3.2 million. It seems likely to be a major loser. Prospects for video sales look dim.

I did not see the movie. The ads and the premise were obviously a propaganda attempt, directly at odds with reality. That prompted me to avoid it. I refused to send them money. If I am to watch fantasy, let it be uplifting, fun, and exciting.

The latest Star Wars fantasy epic spent about the same amount on advertising. Box office receipts have been 50 times greater.  I saw the Star Wars effort, Rogue One. It had some nice positive images for an armed population.

“No one wants to see a propaganda movie.”

True, yet “Miss Sloan”, which I have seen, is astoundingly bad, even for a piece of Hollywood propaganda. The movie The Contender, which came out about 15 years ago, was reviewed by Elle magazine as having been “…written to elicit screening room ovations by Rob Reiner.” Indeed, that movie was transparently leftist propaganda. However, The Contender also was well written, well acted, and well paced. I enjoyed watching it, even as I hooted at its obvious agenda. “Miss Sloan”, in contrast, is a snooze, lacking anything believable in the way of characters or dialogue. To tell you how incredible (in the literal sense of the word) the plot is, the Washington Post panned not only the movie, but the gun control legislation proposed in the movie, arguing — again, this is the WashPost — that the legislation was largely already in place and, anyway, would not have prevented any of the recent mass shootings. THAT should tell you just how bad Miss Sloan is, even for a piece of Hollywood propaganda…and that, folks, is saying something!

If you are one of the many gun culture people who refused to see this propaganda fantasy, rejoice. Your choice was completely vindicated.  In the last couple of days, 21-22 December, per theater revenues were $14 and $16. There were lots of empty seats in those theaters!

The gun haters made their usual mistake. They thought image and propaganda could beat reality. They were wrong. Be glad that gun haters wasted about 30 million dollars to no effect. It is 30 million that is not available to be spent on misleading anti-Second Amendment initiatives, the one place where billionaires have been able to buy some temporary victories for the gun haters.

The purpose of “Miss Sloane” was to give a boost to a Hillary Clinton attempts to pass more infringements on the Second Amendment early in her presidency. Just like the box office, that idea bombed.

Matt Damon’s Elysium falls about in this same category. Make a movie on a current “issue” with the left in mind and alienate half the populace. Elysium would have been a decent movie if they hadn’t released based it on the Affordable Care Act propaganda. That movie had magic beds that heal everyone! Wish that was true…. This movie could be oscar worthy and even a good watch but now they have alienated a large portion of the viewing public because Hollywood is so out of touch with the rest of the world…

Exit through the gift shop

At the risk of seeming old fashioned or a stick in the mud, I remain curious as to this whole business of background checks, essentially the need to obtain government permission for the exercise of a constitutional right. The late Justice Scalia, in his writing on Heller included unfortunate references to reasonable regulations, essentially blowing it, as the regulations he seemingly would accept are all to often unreasonable to say the very least.

He identified rather clearly that restrictions upon the abuse of the right were constitutional, but then since it is judicial procedure for any US Supreme court ruling to post in the summary the LAWS ruled upon and affected by said ruling by proper name and numeric reference of which we see NONE of the 20,000+ gun control laws so referenced, and DICTA are editorialized opinions that have no authority of law, we dont really see any unfortunate wording on his part, just defective brains inflicting their desired interpretations

It would appear that fact still triumphs over fiction, even given the large ad budgets allocated to fiction.

BOB;
Stick “universal background” checks up your rusty red rear end along side your head. I and my Son/Daughter don’t need ANY stinking asinine “background checks”
There shouldn’t be any need OR REQUIREMENT to involve and FFL in a private sale.
The SECOND Amendment says the RIGHT to own firearms “SHALL NOT BE INFRINGED” and every requirement by the state or feds IS an INFRINGEMENT. That right is NOT granted by the governmnet it is a GOD GIVEN right.

I think Jessica Chastain’s a babe. Hubba-hubba. When an actress makes a movie involving a political subject that person generally agrees wuth the message, so I take it for granted she’s not pro-gun, but I cannot find much that clarifies her stance on this issue. I did look up the premise of the movie, and I recognize that people see what they want to see, but I think it’s not so much anti-gun as pro universal-background. I haven’t watched this, and don’t rightly plan on it, so my opinion is just based on what I’ve read, taking into account both… Read more »

@Bob G, would it help to clarify your feelings about the FFL costs if I told you that the whole background procedure never solved a crime not prevented one? Now, give your kid a gun. Merry Christmas.

Then jessica shouldnt have a problem paying her fair share then, as people who demand others should be mandated to pay for whatever frivilous BS they inflict upon others, especially since background checks are nothing but a $330 million a year ponzi scheme that prevents at most 1 to 2 total injuries

* Miss Sloane – Rated R: This is a very cold, very harsh, very dark, and very overwrought picture of the kind of lobbying that happens on Capitol Hill. As one who worked for several Congressman on the Hill, I can tell you that this movie is ridiculous and bears no resemblance to reality.. Plus, while the movie pretends to be even-handed on the gun control debate, it really isn’t. The protagonist, a female lobbyist, risks it all in order to get stricter gun control laws passed–it’s the only “moral” position she’s ever taken in her life. And with that,… Read more »

This was obviously a hit piece intended to ride on the coattails of a Clinton victory to bolster her agenda of draconian gun control legislation.
Suck it up buttercups, you lost the election, you lost your investment in this steaming pile of a movie.
May such a trend continue for the foreseeable future.

Didn’t Hollyood producer Harvey Weinstein threaten to make a movie that he vowed would destroy NRA, a couple of years ago? If I remember correctly weren’t Susan Sarandon or Meryl Streep supposed to star in it?

Maybe they should have saved their biggest lies for the theaters, instead of dropping them in the trailer. Anyone who has ever purchased a firearm, and there are tens of millions in the U.S. who have, knows that you can NOT do so without any form of I.D. This kind of propaganda is not limited to the far left, however. On more than one occasion, I have watched Bill O’Reilly lament about people “buying bazookas on the internet”. Ignorance seems to be the only ideology that is non-partisan.

You can buy a second hand firearm in AK without any ID . Bought many a rifle at garage sales , no ID asked for.
1 guy did was a cop , and I look a bit rough , yet held customs and airport clearances.

This movis is getting FAR more attention from gun rights discussions than from the antis. Time we stop giving free publicity and let this thing wither away to dust.

Maybe a good show to ‘screen’ if you’re gonna do the old ‘popcorn trick’? That works best in empty theatres.