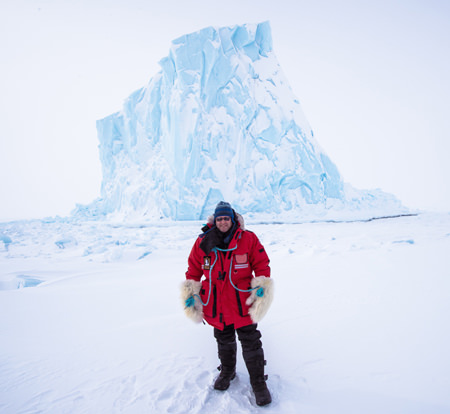 (AmmoLand.com) SCI has named Shane Black as the recipient of their North American Professional Hunter of the Year Award for 2017. Shane will be presented the award during the 45th Annual Hunters’ Convention February 1-4, 2017, in Las Vegas, Nevada.

As a young boy, Shane began hunting and trapping with his father in northern British Columbia. When he was eleven, his passion for the outdoors was awakened and he has never looked back.  At thirteen, Shane would accompany his father, who bought wild furs from First Nations and trappers throughout BC, the Yukon and NWT. Many of these trappers guided in the off-season.  During these formative years, Shane learned much about the history of guiding, and how to hunt various game animals from these people, who also shared their experiences through stories and photographs.

The images of pack trains and the mountains solidified his passion for the great outdoors and Shane knew then that he would one day pursue a career in the hunting, guiding and the outfitting industry.  In the early 1990s, Shane began guiding for Dennis Smith, a local outfitter out of Prince George, British Columbia. With his background as a sport hunter and having accompanied so many guide/trappers out on the land during his formative years, he developed the skills necessary for guiding the many international sportsmen who would travel to the game-rich mountains of British Columbia.

The hands-on experience gained through guiding led Shane to want more out of the outfitting industry. This insatiable appetite led him to purchase his own guiding territory so he could delve into every aspect of being an outfitter. The opportunity came in 2001 when Shane purchased Turnagain River Outfitting with Keith Connors, which they renamed BC Safaris. Located in the heart of the Cassiar Mountains of northern British Columbia, this area is home to true dark phase Stone sheep, huge western Canada moose, mountain caribou and mountain goats, among other big game species sought after by the international hunting community.

Shane is always looking to expand his operations and a new and extremely rare opportunity arose in December of 2010 when he and John Sauro purchased Canada North Outfitting, the oldest company in Nunavut and the Northwest Territories, from long-time SCI supporters Halina and Jerome Knapp. Canada’s Arctic is home to the abundant and iconic polar bear, which remains as one of the world’s most illustrious adventures in big game hunting that is still deeply rooted in Inuit culture. With BC Safaris and Canada North Outfitting, Shane’s vision and primary mission has been to demonstrate an unsurpassed professionalism with the industry. Shane’s goal is to provide the ultimate success for every client in relating to all aspects of the hunting experience, not just selling opportunity, but actual success.

Well done Shane! It couldn’t have gone to a more deserving person. Your professionalism and dedication to the sport and conservation are unsurpassed. Proud to have hunted with Bc Safaris, especially having you personally as my guide. Hope to make a hunt with your newest acquisition, Canada North Outfitting. Proud to call you a friend.