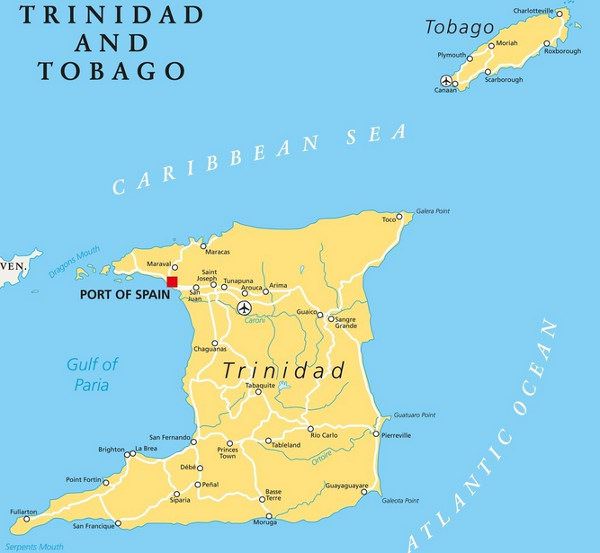 Arizona – -(Ammoland.com)-Trinidad and Tobago is a small island nation just off the coast of Venezuela. In Trinidad and Tobago, legally obtaining a gun is not easy. The problem is that much power is vested in the Chief of Police, and there is a long tradition of delaying permits or ignoring appeals.  In 2011, a reform was passed to create a Firearms Appeals Board. The appeals board was finally appointed in October of 2012. It had yet to meet as of February of 2013.  From the guardian.co.tt:

Getting a gun licence is not that easy. Chairman of the Firearms Appeal Board Israel Khan, SC, says there are over 500 appeals before the board. However, Khan said he was unaware how many were legitimate claims, as the board was yet to meet. The board was only appointed on October 18 last year, under the Firearms (Amendment) Act of 2011, to arbitrate on decisions by the Commissioner of Police not to issue licences to applicants.

Now, in 2017, four years later, a member of Parliament is suggesting that the permit process be taken away from the police altogether.   From trinidadexpress.com:

Having a firearm, as was the case in Paramin (where a bar owner shot two criminal suspects last week) may enable a citizen to stay alive long enough to call for help from the police. This is not a call for all persons to be given firearms, but for those who qualify to be given a gun chance”.

Khan said a new Commission will undertake the necessary vetting process as prescribed under the Firearms Act to ensure that the applicant is capable to effectively and responsibility own a firearm.

“This is not intended to be a “free for all” but a response to the inadequacies and inefficiencies of the current system. Owning a firearm for self-defense is similar to having fire insurance or health insurance. A citizen does not really think his/her house will burn down, but it might. A citizen does not really think he/she will have a catastrophic car accident, and huge hospital bills, but he/she might. Citizens hope they will never need insurance, but they have it just in case. The same goes for having a firearm for self-defense. It is better to have it and not need it, than to need it, and not have it”, said Khan.

The push for reform is fueled, in part, by an escalating violent crime rate. Only a few miles of the Caribbean Sea separate Trinidad and Tobago from Venezuela. Venezuela is descending into socialist chaos, and has one of the highest murder rates on the planet. It is likely that much of the crime and desperation in Venezuela is spilling over into Trinidad and Tobago.

The arguments are familiar to Second Amendment activists in the United States. The delays and lack of accountability of the the police and bureaucracy in Trinidad and Tobago are reminiscent of bureaucracies in New Jersey, New York City, and Maryland.

The reforms in Trinidad and Tobago may come to bear fruit before residents of New Jersey and New York City obtain relief.

I totally agree with the statement, “It is better to have a firearm and not need it, than to need it, and not have it”. Law abiding citizens cannot be denied the right to protect themselves, especially when the organizations charged with that responsibility cannot do it.

I am of the opinion that the law enforcement agencies do not like the idea of arming citizens because these “agencies” are part of the problem.

i think the true answer to the question of the Venezuelan crime spilling over to Trinidad is vetting at the many choices of entry one has to enter Trinidad & Tobago what about random search of any thing that looks like a man that dare to walk the streets of Trinidad mainly Port Of Spain that is an effective way to get guns off our streets . It was the way of life in Venezuela dating back in the seventies and perhaps longer until Chavez abolish it at the turn of the century . The government need to wake and… Read more »

Having been to Trinidad and Tobago several times I can attest to the fact that these, once safe, peaceful, islands have changed – unfortunately- for the worst.
Western influence has changed the focus of the young and not for the better. Now with the economic unrest in Venezuela the need for self-defense will become a necessity rather than a privilege.

@John Dunlap — Sad. Western influence is bad. 🙁 Sad they are PC and the government are control freaks now. 🙁 Now the police are like Western police — Government’s Mafia! 🙁