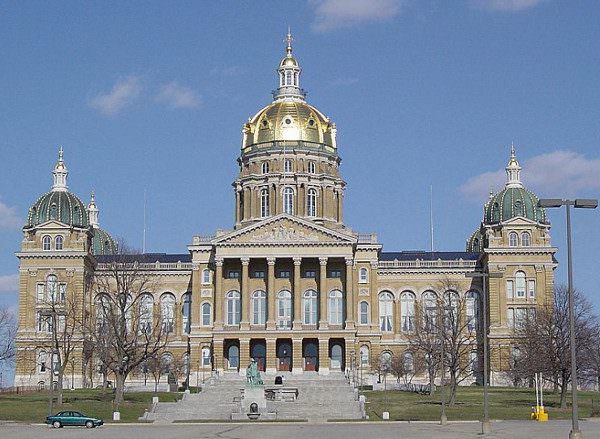 Arizona – -(Ammoland.com)-Iowa is one of only six states that does not have some sort of protection of the right to keep and bear arms in the state Constitution. The other five states are California, New York, New Jersey, Maryland, and Minnesota. One of the reasons for this lack is the difficult process that a state constitutional amendment has to undergo to be passed in Iowa.  First, the amendment must be passed by the General Assembly. Then an election must occur. Then the amendment must be passed a second time. Finally, the amendment is to be presented to the people, who can vote it up or down in the next election.

The process is nearly identical to the one used in Wisconsin. Wisconsin residents and legislators went through the process in the 1990’s resulting in the passage of Wisconsin’s strong State Constitutional protection in 1998 with 74% of the vote.

Iowa’s senate is starting the process with JR2.  Here is the wording of the proposed amendment.

SEC. 1A. The right of an individual to acquire, keep, possess, transport, carry, transfer, and use arms to defend life and liberty and for all other legitimate purposes is fundamental and shall not be infringed upon or denied. Mandatory licensing, registration, or special taxation as a condition of the exercise of this right is prohibited, and any other restriction shall be subject to strict scrutiny.

The difficult part in passing these constitutional protections is to get them past the legislative leadership. Republicans hold majorities in both houses of the Iowa legislature for the first time in 20 years.

Now that the Republicans hold the leadership positions, they are starting to process for the constitutional protection of the right to arms. From desmoinesregister.com:

Among those is a proposed amendment to the state constitution protecting Iowans’ right to “acquire, keep, possess, transport, carry, transfer and use” firearms to “defend life and liberty and for all other legitimate purposes.” It also would prohibit mandatory licensing, registration or special taxation of those actions.

Senate Judiciary Chairman Brad Zaun, R-Urbandale, said the bill — co-sponsored by each of the Senate’s 29 Republicans — is intended to be a statement about the caucus’ priorities.

“I’m getting a lot of emails from a lot of people that say, ‘Hey, you Republicans are in control, and we expect big things from you,'” he said.

Because the resolution would amend the state constitution, it would have to be approved by the current General Assembly and again after new members are voted into office in 2018. Then the language would be put on the next general election ballot for voter approval in 2020.

Republicans will need to hold on to power through the next election cycle, and then present the amendment to the people two years later.

JR2 mentions “Arms” not “Firearms”, to correct the Des Moines Register.  The actual amendment has not yet been finalized.

The Iowa State Seal says “OUR LIBERTIES WE PRIZE AND OUR RIGHTS WE WILL MAINTAIN”. Time for Iowans to live up to their slogan.

“Time for Iowans to live up to their slogan.”

About time! I can’t wait for it to he in writti g and legal.