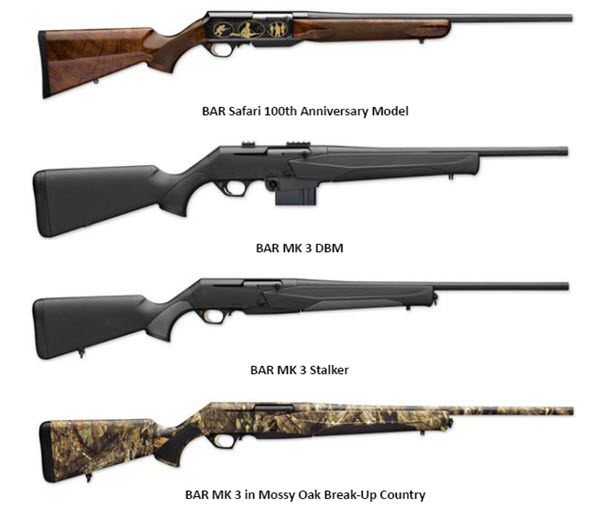 (AmmoLand.com) Commissioned by the U.S. Army, John M. Browning designed the original Browning Automatic Rifle in just three months. Variants of this legendary military arm served with distinction from World War I until the Vietnam War. For 2017, Browning will commemorate 100 years of the BAR by offering a special autoloading sporting version, the BAR Safari 100th Anniversary model. 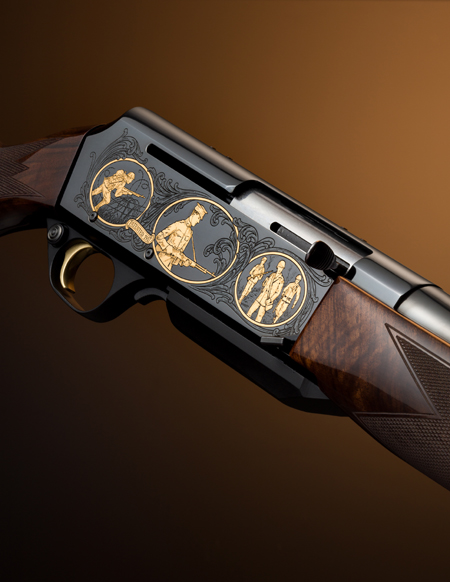 The new BAR Anniversary model will feature a steel receiver with polished blued finish and special engravings — military scenes on the right side and hunting scenes on the left side — all highlighted in gold. The polished blued barrel is 22” long. The stock is Grade V Turkish walnut with an oil finish. Production is limited to 100 rifles chambered in 30-06 Springfield. Suggested retail price is $2,699.99.

For more information on Browning products, please visit the website at www.browning.com.

I have owned Grade 5 too Grade 1 and the White Tail Hunter, they are the best rifle for hunting I have ever owned. I have shot each one on different hunting trips. I own it I shot it, what good is it to just look at them. I believed Mr Browning made them to use.

Unfortunately, Browning has also chosen to discontinue all left hand BAR versions this year, at least in North America. There is one model still available in Europe. Damn shame. The MK 3 DBM would have been my go to rifle, and a perfect middle finger to Moonbeam and company. I imagine it will be just that, for those Left Coasters who don’t live in the mirror.