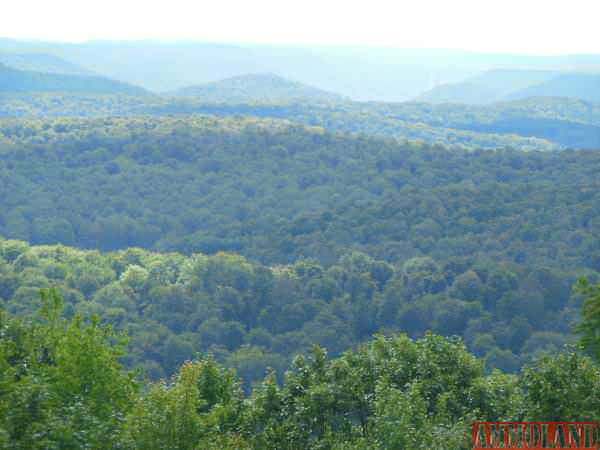 The Frank and Jeanne Moore Wild Steelhead Sanctuary Act, sponsored by Sens. Ron Wyden and Jeff Merkley and Rep. Peter DeFazio of Oregon, would permanently safeguard the Steamboat Creek basin, a tributary of the North Umpqua River, and protect important steelhead spawning grounds and habitat relied on by a range of game species.

As drafted, the bill recognizes the area’s uniqueness by limiting industrial and road development while maintaining activities such as hunting, fishing and other recreational activities.

It honors Oregonians Frank and Jeanne Moore for a lifetime of advocacy on behalf of the state’s lands, waters, fish and wildlife.

“Sportsmen and women thank Oregon’s congressional delegation, including Senator Wyden, Senator Merkley and Rep. DeFazio, for quickly advancing this issue and for their commitment to conserving a bona fide backcountry treasure,” said BHA Northwest Outreach Coordinator Jesse Salsberry. “Frank and Jeanne Moore have dedicated their lives to conserving Oregon’s public lands treasures, and this bill would further that legacy by securing wild summer-run steelhead spawning and rearing habitat that is, in a word, irreplaceable.”

The North Umpqua has been plied by anglers from around the world, including renowned sportsmen and novelists Ernie Schwiebert and Zane Grey.

Along with the summer and winter steelhead, the area also provides habitat for Chinook, coho, rainbow and cutthroat trout, as well as a range of big game species including black bear, blacktail deer and Roosevelt elk.

“A jewel of the Pacific Northwest, Steamboat Creek hosts a significant proportion of the summer-run wild steelhead within the Coastal Planning Domain,” said BHA Oregon Chapter Chair Mike Haralson. “Close to 100,000 acres of the surrounding Steamboat Creek basin and the resident wildlife that thrive here would be permanently protected should this legislation advance into law.”

The Moores have lived on the North Umpqua River for most of their lives. Frank, a decorated World War II combat veteran, served as an Oregon Department of Fish and Wildlife commissioner and has won numerous awards for his conservation work.

Jeanne, a self-taught botanist, discovered and identified a myriad of rare flora hidden on the steep basins surrounding the North Umpqua.

Outdoor recreation in Oregon is an economic powerhouse, annually generating close to $13 billion in consumer spending. BHA and other sportsmen’s groups are urging both the House and Senate natural resources committees to schedule hearings on the Moore bill as soon as possible.

Watch BHA’s “Jewels of the North Umpqua: Frank Moore and the Wild Steelhead of Steamboat Creek.”

BHA was formed around an Oregon campfire in 2004.

more crackheads stealing public land and locking us out.

I think you’ve confused the article sir. To my understanding of the article these groups are fighting to create protected public lands. So they are not destroyed by over industrialization and preserved for future generations to enjoy. Now that not mean we should allow this land to be neglected either.

More FedGov control of pubic lands. This area should, per Constitution, be kept under State control, NOT FedGov. Once THEY get their paws on it, the concrete hardens and is permanent. Let the States manage such lands, or perhaps a prifvate entityu, but NOT fedGov. Their track record of tyranny in lands they control is a horror story, and I’m not just talking about Bundy Ranch. Monterrey Bay, Tomales, Bay, Channel Islands, Alpine Lakes, Mt St Helens, Columbia Gorge…..

Yeah sure let the state run it so when they are hard pressed for money they can sell it off to private owners which in turn can lock everyone out. I’ve already run into large tracks of land in Eastern Oregon that are now privately owned and actively patrolled for trespassers. Much like tracks of land in Europe. One area south of Morgan lake in Union County, and the other Northwest of Prairie City in Grant County. It is not so much the ownership, or rather stewartship of public land by Federal goverment but the policies to which they are… Read more »