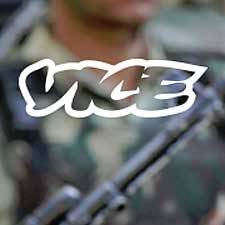 BROOKLYN, N.Y. -(Ammoland.com)- Today, Motherboard, VICE’s technology and culture site, is excited to debut A Smarter Gun, a brand-new documentary examining the small movement that seeks to change the very technology at the heart of guns.

Hosted by Motherboard Features Editor Brian Anderson, the documentary features interviews with the players behind this movement to create user-authenticated firearms — so-called smart guns — that only fire in the hands of approved users.

Speaking with advocates and critics of the technology, A Smarter Gun asks the question of why, in an age when everything from refrigerators to cars is computerized, this potential solution to firearm violence has been stymied at every turn.

Over the course of two years of filming, Motherboard toured the ATF’s massive gun vault and test range in West Virginia, where Anderson went in search of the elusive smart gun. Motherboard’s journey also takes them to the fringe — a garage in Washington State — for an exclusive look at the first ever test fire of an implant-activated gun, and then to bucolic upstate New York to spend time with a grieving mother whose 11-year-old son was accidentally shot by a friend in 2010.

Seven years on, she’s determined to put a dent in the approximately 33,000 people fatally shot in the United States every year and sees smart guns as a potential solution.

A Smarter Gun is the never-before-seen look at who killed the smart gun and whether or not there is a place for user-authenticated firearm tech to scale in the future.

It’s a story about human nature, public safety, the inertia of time-tested mechanical gadgetry, the will to innovate, and the political, technological, and societal forces that shape our singular national gun problem.

Motherboard is an online magazine and video channel from VICE that explores the intersection of culture and technology. Through short and long-form documentaries, photography, editorial and community participation, Motherboard provides a refreshing voice in the tech media landscape, filling the gap between more sterile gadget review sites, and industry news. Whether it’s gaming, art, sports, or food, Motherboard is there telling the story of technology’s role.

If you put electronics into a firearm you are setting it up to be hacked or back-doored. We recently learned that CIA has been paying (bribing?!) Apple to put a back door into all their products. Previously ATF ‘bribed’ S&W into putting locks on revolvers. Think a future administration like the last one wouldn’t do the same? Right now, all smart guns are 3 or 4 times the cost (at least). By all means, put them on the market (with no mandate) – but I wouldn’t buy one at 1/4th the cost, let alone 4 times. And what would the… Read more »

Proper education of children would have a bigger impact on their accidental deaths by firearms than any of this Buck Jones bushwa. Programs like Eddie Eagle provided through Day Care, Nusery school, pre-k, and elementary schools should be a standard part of the curriculum. The sad truth is accidental deaths serve as useful propaganda for gun control advocates. Their agenda isn’t safety it’s total disarmament of the citizens of the USA. Dead children are a tool not a tragedy in their view despite their protestations otherwise.

there will always be a Remote kill switch in that system to disable your SmaRt gun.

there is no plot to destroy the Smart Gun technology. the “enemy” of the concept is the technology itself.. it is NOT mature at all. In fact, what is out there right now is stillborn. Tests on the first version, in .22 WRF, delivered a ten percent failure to fire rate. Ask ANY cop if he’d continue to buy and use a brand of ammunition with a ten percent failure to fire rate. ARE YOU KIDDIN ME??!!?? The real issue with this type of system is the gummit hooh hahs wanting to MANDATE it. Just like gummit have mandated back… Read more »

There is no substitute for training and common sense.
Anything, Geewhiz gimmickry most of all, which attempts to supplant these prerequisites will only make the situation worst.

I work in IT and every electronic device has multiple avenues of failure. Mechanical devices, after centuries of development, are far more reliable. HK already made the ultimate kid safe pistol, the P7 series of pistols designed by Helmut Weldle. The Squeeze Cocking mechanism of the P7 makes it virtually impossible for a young child to be able to discharge the pistol. Yet an adult, who understands the manual of arms of the P7 series, can take it from safe and decocked to discharging the pistol faster then any other pistol on the market. A tool that is used for… Read more »

Same old argument presented 8n an updated flashy video. Proper training would have a greater positive impact, and already exists. I agree with all of the above who have said that this is a solution in search of a problem.

Smart guns that can be hacked by retards in moms basement, the CIA/NSA/KGB etc. Yeah NO

Of those 33,000 deaths, about 2/3 were suicides with (more than likely) a gun owned by the deceased. Perhaps this grieving mother can prevent those deaths.

The video is very impressive. It takes less than a minute to make it obvious what the agenda of the producers is. It sounds like something spawned by Bloomberg’s minions.

I see nothing in this tech that threatens 2A rights or for that matter the gun buyer/owner themselves, everyone on the smart gun side of the debate now seems to be totally against mandates so let the public decide buy or dont buy BUT if gun stores wont stock them the public will never get that chance.

Stock them and let the people give the answer, am I missing something here whats the big deal????

They’re only against mandates for now. Enrollment in Social Security began voluntarily. Look at it now. That’s just one of thousands of examples. You know some D.Head like Bloomberg will push if the technology actually becomes viable.

The problem isn’t the tech, it is who suborns the ideas and tech and makes them mandatory or not. Imagine the cost per individual of having this implant (or whatever tech is pushed forward). Right now, within reason, the average individual has access to affordable purchases. Bring on the mandates and a) that average citizen will be hard pressed to re-invest and b) what about the gun(s) he or she already has? Just gonna hand them over? Take what the government thinks is a fair $ trade value? Some of us have thousands in collections! You think that the U.S.… Read more »

In 2015, there were officially 489 accidental firearms deaths. Those are the only kind we might be able to prevent. Smart guns are a solution in search of a problem.

Over 20,000 of those 33,000 deaths are suicides. Smart gun technology will not stop a suicidal person from shooting themselves with their own gun. It’s a similar story with stolen firearms sold on the black market and used in crimes – computers and smartphones can be tampered with to bypass security measures, and we can be certain the same will happen with stolen smart guns. Mass murders are like suicides – the killer is almost always using their own legally purchased firearm(s). So again, smart guns offer no advantages here. Per CDC data, accidental poisoning and accidental drowning each kill… Read more »