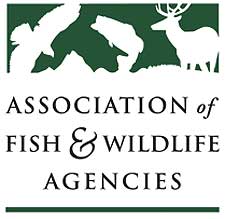 WASHINGTON D.C. -(Ammoland.com)- The Association of Fish & Wildlife Agencies applauds the confirmation of former Georgia Governor Sonny Perdue as the 31st U.S. Secretary of Agriculture who was sworn in this week with a favorable 87-11 vote.

The newly confirmed Secretary Perdue will lead the Department of Agriculture (USDA) which oversees land and water conservation on private lands and operation of the U.S. Forest Service, as well as the nation’s food and farm programs.

Perhaps most importantly, Perdue will contribute to the debate around the reauthorizing the Farm Bill, set to expire in 2018.

“As a farmer, sportsman, and former governor, Secretary Perdue knows first-hand the value of voluntary, incentive-based conservation on private lands and the importance of conservation to landowners, sportsmen and women, and society as a whole,” said Nick Wiley, President of the Association of Fish and Wildlife Agencies and Executive Director of the Florida Fish and Wildlife Conservation Commission. “We are excited about this opportunity for the USDA and U.S. Forest Service to work collaboratively with state fish and wildlife agencies and private landowners, which is essential to achieving fish and wildlife conservation objectives and goals.”

The Farm Bill, which includes approximately $5 billion for private lands conservation, has a broad-reaching effect on fish and wildlife populations and habitats.

The conservation programs implemented by the USDA will play a vital role in generating multiple benefits for society, providing clean air, improved water quality, and healthier soil, and protecting and enhancing habitat quality for wildlife and pollinators, all while sustaining rural communities and keeping farmers, ranchers, and forest owners on the land.

“The Association stands ready to work with Secretary Perdue on continuing to improve implementation of the current Farm Bill, as well as passing a 2018 Farm Bill with strong conservation programs and provisions that promote healthy fish, wildlife, and habitats from which all Americans benefit,” said Executive Director Ron Regan.