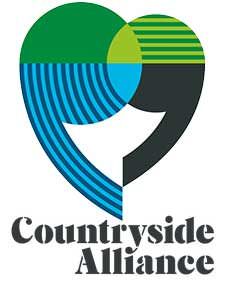 USA -(Ammoland.com)- For those of a certain age and students of sporting literature the term sportsman-naturalist will be very familiar.

The great ‘BB’, Denys Watkins-Pitchford, was a perfect example and even wrote a book called ‘Ramblings of a Sportsman-Naturalist’. Sir Peter Scott: artist, wildfowler and founder of the Wildfowl and Wetlands Trust and World Wildlife Fund (WWF), was perhaps the pinnacle of the type and he was also critical in the creation of the conservation movement which has largely enveloped the concept of a ‘naturalist’.

There is perhaps just one great figure left from that era of the sportsman-naturalist and this week he announced his retirement from public life.

When Peter Scott created the WWF in 1961 it was to Prince Philip he turned to be its first President and critical figure in developing the international reputation of the WWF.

The Prince has never been anything but forthright about his love of shooting and remains patron of the Game and Wildlife Conservation Trust which wonderfully embodies that 20th century concept of the sportsman-naturalist for the modern world.

Even in retirement Prince Philip will continue to provide the link between the ages and a reminder to all that activities like shooting, hunting and fishing, and conservation are inseparable. In recent times we have far too often seen some ‘conservationists’ and sporting interests in opposition when all the evidence is that together they are the most important barriers to the constant challenges that the natural world faces from human development.

Prince Philip may be the last of the sportsman-naturalists, but he was also one of the first conservationists. The lesson of his life should surely be that we are all conservationists, whether sportsmen or not, and that differences between conservationists must never be allowed to thwart the cause of conservation.

The Countryside Alliance is known for its work on wildlife and management, but its agenda is far broader than that incorporating food & farming, local businesses and services and the injustices of poor mobile phone signal and broadband in the countryside. We are anything but a single issue organisation and represent the interests of country people from all backgrounds and geographical locations. With around 100,000 members the Countryside Alliance promotes and protects rural life at Parliament, in the media and on the ground. Our vision is a future for the countryside which both preserves its traditional values and promotes a thriving rural community and economy; a countryside sustainably managed and sustainably enjoyed; a countryside where rural communities have equal access to the facilities and services enjoyed in urban communities; a countryside where people can pursue their businesses, activities and lives in a society that appreciates and understands their way of life.

Join the voice of rural Britain today on their website.