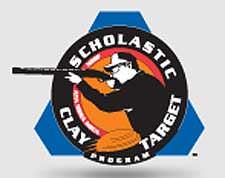 USA -(Ammoland.com)- The month of June is a peak time for Scholastic Clay Target Program (SCTP) team activity across the country, and if the first day of registration for the SCTP National Championships is any indicator, there will be record crowds again in Ohio for the July culminating event.

Registration for SCTP Nationals opened June 1 and in the first 24 hours of open registration for the July 8-15 National Championships, 132 teams from 23 different states registered over 2,000 athletes.

Combined registrations in all SCTP events totaled 4,396 compared to 3,804 for the first 24 hours of tournament registration one year ago.

An additional 70-80 SCTP teams are expected to register prior to the July 5 deadline.

“These numbers are absolutely incredible!” said Tom Wondrash, SCTP national director. “We had almost as many athletes and registrations in one day this year as we had in total at last year’s National Championships! People are excited about this year’s tournament for sure!”

The 2017 event at the Cardinal Center in Marengo, Ohio, is on track to outpace the 2016 SCTP National event, which finished with 2,176 athletes and 4,576 event entries.

While the numbers are already up significantly from last year’s registrations, Wondrash points out that there is still room at the spacious Cardinal Center.

“There are many times and dates still available for this year’s National Championships. We encourage teams to join us in July to continue the fun throughout the summer!”

The Scholastic Action Shooting Program will also hold its National Junior/Senior Championships in conjunction with the SCTP tournament. SASP Nationals registration opened on May 18 and currently has 342 athletes from 32 teams across 13 states registered to shoot.

SASP registrations currently total 642 already out-pacing the 542 total entries from 2016. Teams may register for the SASP National Championships through July 5. The 1911 division first being offered at Nationals already has 62 entries

About the National Championships:

The Scholastic Clay Target Program (SCTP) and Scholastic Action Shooting Program (SASP) 2017 National Championships will take place near Marengo, Ohio, at the Cardinal Shooting Center July 8-15. The eight-day event is expected to draw around 2,500 youth from over 30 states. Over one million shots will be fired during the event with around $16 million generated in economic impact. Participating teams are organized and coached by certified volunteer leaders and have participated in their SCTP/SASP state championship event.

To learn more about how you can start a SCTP or SASP team in your area or become a sponsor for the championship event, go to their website.