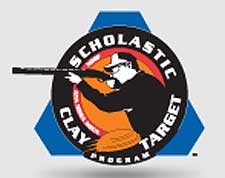 SAN ANTONIO, TX –-(Ammoland.com)- July 10, 2017 – Join David Miller at the CZ-USA Demo Field (near the grandstand area) on Wednesday, July 12 at 2:00 pm at the Scholastic Clay Target Program Nationals for a special demonstration! Everyone is welcome to attend!

David has over 20 years of experience in the competitive shooting community and has lived to see the sport evolve into the world’s fastest growing shotgun sport. He is respected as one of the most knowledgeable individuals in the sporting clays community with a Master class title, and one of the best shooters in the United States. David is also the main star on the Outdoors TV show CZ-USA American Gun Dog TV.

David recently accomplished setting a new Guinness World Record for the most sporting clay targets shot in 1 hour— 3653 clays in May of 2015, followed by winning the Missouri State Sporting Clays Championship in July 2015. All the proceeds from the world record accomplishment will go to Pheasant Forever and Quail Forever’s Shooting Sports Endowment to benefit generations of new shooters forever! Speaking of new shooters, David has spent countless hours as an ambassador to the shooting sports industry and uses his past shooting experience to get more shooting enthusiast outdoors.

The event program with daily schedules is available for download.