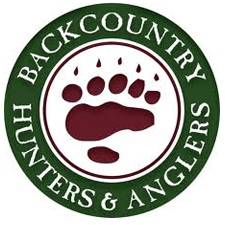 MISSOULA, Mont. –-(Ammoland.com)- As the Trump administration deliberates the future of dozens of America’s national monuments, public lands sportsmen and women, along with millions of citizens, continue to speak up passionately in support of the Antiquities Act and the unique hunting and angling opportunities found on these lands and waters.

Today marks the close of a public comment period initiated by Interior Secretary Ryan Zinke following an executive order mandating the review of 27 national monuments created since 1996. Since the comment period began, approximately 15,000 members and supporters of Backcountry Hunters & Anglers have raised their voices in defense of a conservation tool signed into law by President Theodore Roosevelt and used by 16 presidents, eight Republicans and eight Democrats, over the 111 years since.

BHA President and CEO Land Tawney took a stand for national monuments as the opportunity for public comment comes to an end:

“Millions of Americans, including hunters and anglers, have spoken up in support of our national monuments and the role these places play in our outdoor opportunities, local communities and economic health,” said Tawney. “We urge Interior Secretary Ryan Zinke to listen to his constituents, to the citizens who use and enjoy these landscapes, and to the businesses that rely on the continued conservation of our public lands and waters.”

Read National Monuments: A Sportsmen’s Perspective for sportsmen’s tenets regarding use of the Antiquities Act and case studies of national monuments important to hunting and fishing.

I’m a lifelong hunter and angler who has been a proud member of BHA for years. All we are trying to do is keep the backcountry free of motorized vehicles, cattle, and extractive industry so we can hunt and fish public land on foot or horseback. That is our entire agenda. Keeping public lands in public hands so we can all enjoy them is our only goal. You guys need to drop these ridiculous conspiracy theories about hidden agendas. We’re on the same team!

How nice that you’re physically fit and able to walk into the backcountry and walk the miles necessary to hunt! There are literally hundreds of thousands if not a couple million of us who are physically impaired! Those of us who are physically impaired require the use of ATVs of some variety in order to get out and hunt! The narcissism and elitism that pervades your response is indicative of those who believe they are better than others and that everyone can do the same things that they can do! It’s past time that you wake up and think outside… Read more »

I empathize with those who are physically impaired but still want to hunt. I am headed that way myself with two hip replacements already and more arthritis coming my way every year. There is much more pubic land available for motorized access than wilderness, and all that public land needs to remain in public hands too. That was my only point. Sorry if I seemed like a snob, I’m anything but.

Wake up Ammoland! We have to many monuments that there just waiting to ban hunting on! Who’s side are you on? Fake hunting clubs?

More spew from a gun hating leftist organization. WHY do you keep printing the bullshyte these left winger idiots spew?
The Federal Government has NO CONSTITUTIONAL RIGHT to ANY land other than that AUTHORIZED by the Constitution; IE: the area of Washington , DC and what land is needed for federal buildings and military installations.

Now don’t you go quoting the Constitution ! Someone might find out our government is way more repressive than any Engilsh monarch we had to break free of…

Here’s the truth about BHA…
https://www.greendecoys.com/decoys/backcountry-hunters-and-anglers/

What happens when the enviro whackos manage to ban hunting on national monuments?
That’s the goal of the animal “rights” and enviro groups.
There are exactly zero enviro groups that support hunting.

Not quite… When you understand that all live is ‘sacred’, and that Nature is the highest deity, and that animal life is at least equal to human life (some think more so) you will realize they want ALL hunting banned, EVERYWHERE. Man should live in a primitive ‘gathering’ society eating dirt and dying off so Nature is undisturbed. Then they will be happy. No other way to save Mother Earth, sorry. (Note: Al Gore and the other environmental wackos only want you to live like that.. they need their jets, motorcades and multiple mansions as is their right for leading… Read more »

BHA is not a grassroots sportsmen’s organization, it’s an astroturf outfit associated with radical environmentalist groups and funded by leftist foundations like the Pew Charitable Trust. Why does Ammoland continue to present their misleading press releases, effectively promoting the BHA fraud?

My best guess is that A.L. has some hardcore leftists who agree with the BHA’s agenda on their editorial staff!

I believe in acquainting the advertisers in the articles on Ammoland with the fact that I will not spend money with them if A.L. continues to support the leftist BHA.

@JB, Well, there is only two of them that provide this forum for our entertainment. There is no vast editorial or IT staff. Freddy is all about the First Amendment even if it means letting moron/troll/leftists have their say. And they have to fix their own computer problems.